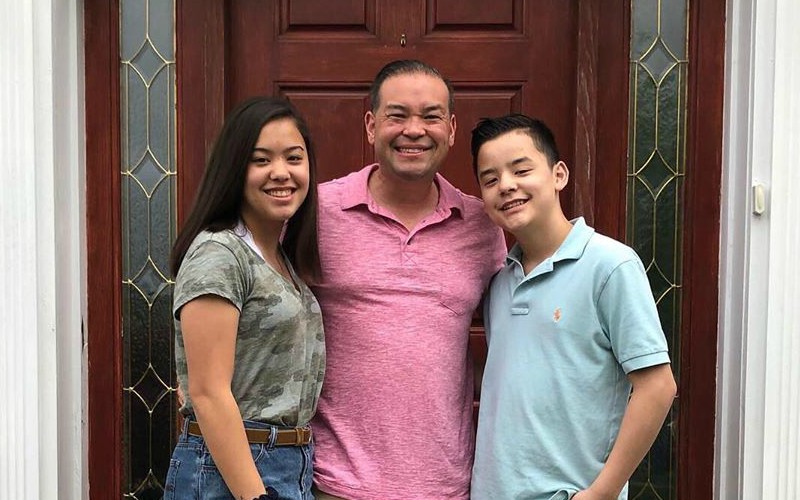 Ten years after their divorce, former Jon and Kate Plus 8 stars Jon and Kate Gosselin are still fighting. Jon recently opened up to The Daily Mail about TLC and Kate disobeying a court order that banned their children from appearing on TV. A special episode of Kate’s spin-off, Kate Plus 8, aired last week on TLC. Now Jon says the network did not have permission to film his children.

Not All Of Their Children Appeared On Kate Plus 8 Special

As fans know, Kate and Jon have eight children together. Twins Mady and Kara are 19 now and are off to college. The former couple also share sextuplets who are 15-years-old. Alexis, Aaden, Joel and Leah all appeared on the TLC special. The other two, Hannah and Collin, live full-time with Jon and are not in contact with Kate.

Sources say TLC did not have the proper permits in place from the Department of Labor. In addition, a court ruled that it was not in the “best interests” of the children to appear on the show.

“The Court concluded that involvement of the children in filming is not in their best interests.”

Custody Battle for Collin and Hannah

In 2017, the former partners got into an argument over custody of daughter, Hannah. As a result, Jon sued and won custody of the 15-year-old. He claims that Kate never tries to see her daughter.

Things were a bit more complicated with their son, Collin. Kate placed their son in an inpatient facility several years ago for mental health issues. Before his release in 2018, Jon sued and won custody of Collin as well.

In an interview, Jon directly addressed Kate regarding the situation with Collin. A previous gag order prevented him from discussing the events surrounding Collin until recently.

“Collin was kicked out of your house, thrown into an institution, mentally abused by you and the institution, so he didn’t leave. Let’s just put that on there.“

Now that the gag order is lifted, Jon is speaking out about Kate’s treatment of Collin. He claims that she physically and verbally abused their son. She then shipped Collin off a special needs inpatient facility where he lived for three years.

“Not only did she cut Collin out of her life and institutionalized him, abused him physically and mentally, she publicly cut him out of a photograph on Instagram and that picture is everywhere.”

TLC may be planning more Kate Plus 8 special episodes. Regardless of whether they have Jon’s consent to film his children.