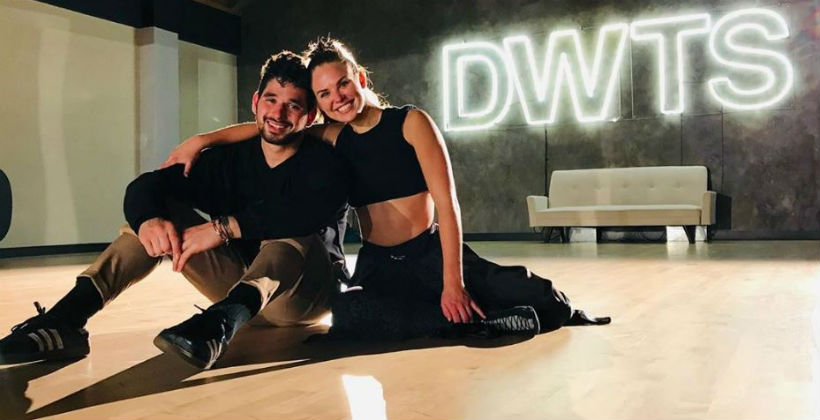 Fans are wanting Bachelorette Hannah Brown to find love so badly. Since joining Dancing With the Stars, rumors have been swirling that Hannah is romantically involved with partner Alan Bersten. The two have yet to admit to anything more than friends and dancing partners. However, it looks as though Hannah and Alan are spending some time together outside of the studio.

Hannah and Alan take a dancing break, head to Disneyland

US Weekly shared news that Hannah and Alan were taking a break from rehearsals and going to have some fun. On Friday, October 4, Alan shared an Instagram story at 4:35 a.m. revealing they had plans. Alan said, “It’s early, but we’re doing something fun today.”

Reports say the two looked cozy together. Could this have been Alan’s first one-on-one with Hannah, so to speak? Hannah has been denying they are anything more than friends, but fans are hoping it blossoms into more.

Wow! @hannahbrown you are incredible! Don’t worry we’re gonna work on the hips! You killed it tonight! #teamalanbamahannah

The two looked comfortable with each other

In the spirit of having a fun, relaxing day, Hannah wore rose gold Minnie Mouse ears while Alan had on the classic Mickey Mouse Club hat. Hannah was seen with her arm around Alan’s shoulder when they met up at the park. They were also reportedly joking around with one another about their driving skills after riding Millennium Falcon.

Later, while waiting for their turn to ride the Guardians of the Galaxy attraction, Hannah was holding onto Alan’s arm. Even amidst the denial of a relationship, fans want to see Hannah happy and in love. However, earlier this week Hannah said, “We are dance partners, and we have the best time together, and we have a friendship that is great.” She continued, “I think I’m done with roses, so mirrorball [trophy] is what we have our eye on.”

Prior to Hannah starting Season 28 of DWTS, she said, “I’m not focused on my love life.” Hannah continued, “I think you never know when you’re going to meet somebody and where that’s going to be. But for me, that’s just not my main priority [now].” Perhaps Hannah did not think she would develop feelings for Alan. Maybe she has and maybe she hasn’t, but everyone is hoping for the best.

Guys!!!!! We did it!! @hannahbrown you are incredible I’m so excited to be dancing with you all season!! Let’s do this fam!! #teamalanbamahannah

Hannah has been through a year of heartbreak

Alabama Hannah, as she is called, has been through a rough year of heartbreak. She got engaged to Jed Wyatt on the season finale of The Bachelorette, only to have him break her heart with lies. They ended their engagement and she appeared as though she was going to try and win Tyler Cameron back. That didn’t work out either. After spending the night together one more time, Tyler expressed he will always be there for Hannah, but then he proceeded to strike up a relationship with Gigi Hadid. Those two have since parted ways.

Now, fans can only watch and hope Hannah finds love, whether that would be with Alan Bersten or someone else. Either way, Hannah has developed a huge fan base who want her to be happy.

Keep watching Dancing With the Stars to see if Hannah and Alan can pull off winning the Season 28 Mirrorball Trophy on ABC.