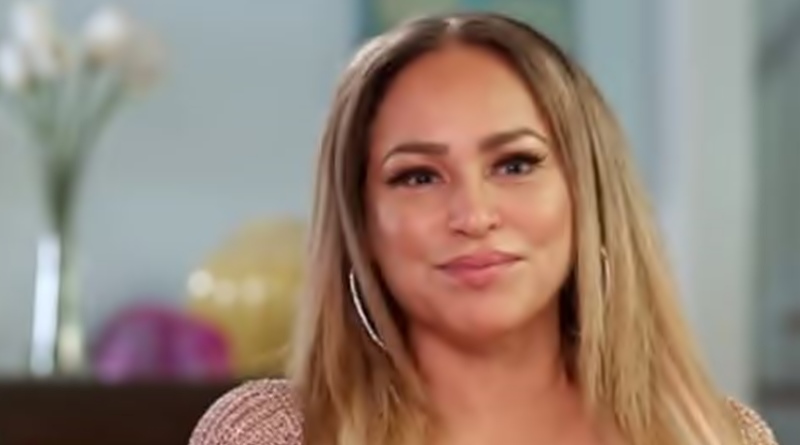 90 Day Fiance: Before the 90 Days brings returnee Darcey Silva to the TLC franchise again. In fact, she came in with both haters and established fans from her previous failed relationship. We saw the toxic situation between her and Jesse Meester. Now back with Tom, her new man from the UK, rumors arise this relationship failed as well. But, now it seems Darcey and Tom still seem to be together.

Tom and Darcey know each other from Facebook. TV Shows Ace reported in a previous article that Tom supported her online after the breakup with Jesse. We also noted, “[Darcey] never met Tom in real life and this is not holding her back. Supportive fans hope that this time she finds the real-deal. Meanwhile, other 90 Day fiance followers call her “desperate.” They hope that this time around, we won’t need to watch her crying on every episode.”

Darcey seemed super-excited about meeting Tom for the first time. However, Tom actually mentioned that sometimes he feels like he’s a “baby sitter” to Darcey as she cries too much. Hmmm. That didn’t sound too promising. But, Darcey’s keen for it all. In an interview with Newsweek, she said, “He’s older. He’s lived life. He’s a jetsetter. He owns his own company. He’s very experienced in life and he elevates me. I never feel put down.”

Rumors of a split between Darcey and Tom

Rumors of a split arose when Darcey shared a photo of a ring Tom gave her. Reality TV World wrote, “Darcey apparently posted a photo of the ring on social media once and Jesse blasted her engagement and romance as being fake.” Plus, 90 Day Fiance fans noticed that Darcey seldom posts photos of them together on her Instagram.

Then fans saw that when Darcey declared how much she loves him, Tom never replied or confirmed his feels. So, it’s only natural that rumors of a split would arise. Additionally, many fans hate on her as her daughters grow up watching what they think is a second mistake with her love life. Darcey’s 90 Day Fiance haters seem overly keen to hope for another disaster.

Are Tom and Darcey still together?

On her Instagram Monday night, Darcey shared a photo of Tom. She captioned it with, “Keep your eyes on the prize. @tombrooks_tv But on a serious note what do you think?” It seems the comment arose as on his Instagram, Tom posted up a photo (above), that he claims got taken in Times Square, NYC on Sunday. In that post, he said he’d shed 40-lbs. Some fans called it “bs,” especially when he said it was a recent picture. However, his weight loss seems something Darcey referred to when she posted up her photo of the 90 Day Fiance Brit.

Further down in the conversation, Darcey noted on her post, that Tom sent it to her “yesterday.” Obviously, the two still talk to each other. Whether they remain together as more than friends isn’t known. However, we really have to wonder why Tom tagged the photo he posted up as “Time Square,”NYC and then sent her a pic? Surely she could just get on over there and see him?

What do you think about Darcey and Tom apparently still together? Or, at least, talking to each other? Sound off your thoughts in the comments below.