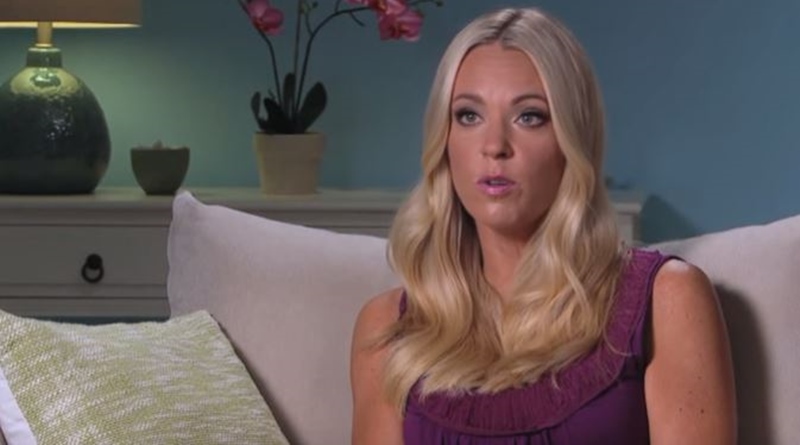 Kate Plus 8 returned to our screens this week with a special that showed the twins Mady and Cara start college. Kake Gosselin cried copious tears and then went online to out her ex-husband Jon about the kids. As usual, fans caught up in the toxicity of that relationship got involved in their own bit of outing others.

In the special and other episodes, we sometimes see Kate Gosselin cry. And, in the recent show, she managed copious tears, even mentioning her daughter Hannah who lives with Jon. Now, she went online to share some of her usual toxic thoughts towards her ex-husband. She went for Jon but first spoke about crying over the twins leaving home. TV Shows Ace noted before the show aired that you would have thought the twins died.

Even the younger sextuplets freaked over the “last supper” and the “shrine” that Kate arranged.

The preview made it seem as if the end of the world had arrived for Kate Gosselin. Plus, she managed to work up the tears to have a cry over Hannah living with her dad. Of course, Collin lives there too. But, fans don’t hear much about him since she sent him to a special place. Thanks to Jon and Kate not turning up for court, he’s free of that place and living a fairly normal life these days.

Kate picked up some more hate when the premiere special played out. One fan said, “Anyone else notice how Kate didn’t mention Colin at all during the premiere? It’s bc he’s the scapegoat in a narcissistic dynamic?”

Others got worked up because Kate turns on the tear taps and it looks like creative drama. Kate had something to say about crying on Kate Plus 8. She said on IG that she won’t apologize.

Her post read, ” Love these kids fiercely.. and I don’t apologize for my tears. Times have been so tough and so needlessly unfair for them. Despite it all, they’ve turned out to be such wonderful amazing human beings.”

Well, almost every mother watching the show could relate to that. And, in reply, many of her fans did. However, the second half of that message got described by fans as mean and nasty against Jon Gosselin. For sure, they think she outed him really badly.

I love these kids fiercely.. and I don’t apologize for my tears. Times have been so tough and so needlessly unfair for them. Despite it all, they’ve turned out to be such wonderful amazing human beings. I cannot wait to see what lies ahead for each of them once they get away from those who have tried to destroy them versus protect them! #KatePlus8 @tlc

The remaining part of Kate’s message said, “I cannot wait to see what lies ahead for each of them once they get away from those who have tried to destroy them versus protect them!”

Well, as The Hollywood Gossip points out, it’s not totally clear what Kate’s rambling about. They asked: “So what does Kate mean when she says that her two eldest daughters have faced so much unfairness? Does she mean that it’s unfair to be thrust into reality stardom as a child because your parents are thirsty for fame? Does she mean that no child deserves to grow up in an abusive household?”

Anyone else notice how Kate didn’t mention Colin at all during the premiere? It’s bc he’s the scapegoat in a narcissistic dynamic #KatePlus8 pic.twitter.com/TlSQLyrTe3

But, some fans took it as outing Jon. When loyal Kate Plus 8 fans went on the attack against critics one person on Instagram spoke up. They wrote, “It’s beyond bizarre to me that Kate posts this OBVIOUS passive-aggressive attack to Jon on here and people praise her parenting. But you question her sending her child away and they attack?”

What do you think of Kate Gosselin’s post? Did you think she outed Jon? Sound off your thoughts in the comments below.

Remember to check back with TV Shows Ace often for more news about Kate Plus 8.

‘The Masked Singer’ A Kardashian Family Member Joins Group B
Are The Rest Of The Spice Girls Watching Mel C Compete On ‘DWTS?’
Hannah Ferrier Could Return On ‘Below Deck Australia’ And Here’s Why
Wells Adams Will Not Be Taking Over For Chris Harrison
‘Babylon Berlin’: When Is The Season 4 Release Date?