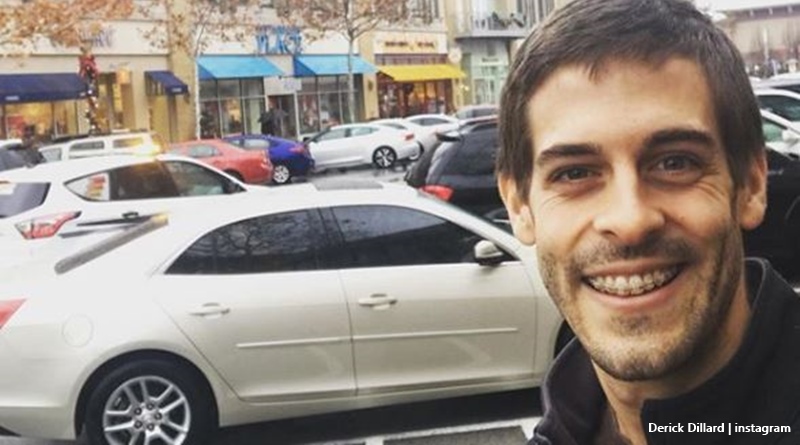 Derick Dillard shared about flu vaccinations on his Instagram. Often, his religious beliefs attract opposition and this sparks rows between fans. But this time, the major row came between those who oppose vaccination, medical professionals, and those who agree with it. And, it seems some of the fans on the page come from a religious sect who believe only God can cure people.

Derick Dillard gets his flu vaccination

Taking to Instagram on Thursday, Derick Dillard shared that he went for his Flu vaccination. In the caption, he said, “Got my flu shot for the season! Go out and get yours if you haven’t yet, and try to stay healthy this year.” Well, reactions came thick and fast and soon devolved into a row of note among his followers. While nearly nine thousand people loved the post, nearly a thousand got all hot under the collar about it.

Fans questioned Derick about getting shots. He replied, “yes, we vaccinate. I actually had to get about 12 extra ones in my early 20s when I moved to Asia. Our boys just got more shots at their last appointment a couple months ago too.” One fan objected to any kind of prevention. They noted: “God already gave you the immunity to fight the flu.”

Another fan seemed a bit taken aback at the fact that the Duggar clan allows health intervention. However, it should be noted that the Duggar family is not as hard on it as the Jehovah’s Witnesses used to be. Vanderbilt University notes that “This denomination originally denounced vaccination, but revised this doctrine in 1952.”

The big row between followers over vaxing

The row started when a few fans said they would never allow that stuff in them. One Derick Dillard follower said, “I will NOT put that poison in my bodayyyyy.” Many other people felt that it’s plain and simply not right to not get them. One poor woman told a long story about how her son refused it and died after getting a tracheotomy. They also noted many other people in the ward died as well. Yet, more said there are terrible things in the flu shot, like mercury. In fact, one person went off on a long and legal explanation about all of it.

Meanwhile at least two medical professionals chipped in on the conversation. One, a dentist, and the other a young doctor. It seems that for both of them, they allow their patients choices. However, they hate it when people suffer from those choices. The dentist went on about Fluoride just to add to the debate.

Got my flu shot for the season! Go out and get yours if you haven’t yet, and try to stay healthy this year 😀 #flu #flushot #health #arkansas

The dental follower noted: “I’m sure she isn’t going to shame you for having a difference in opinion but like me, she probably can’t help but tell you the pros and cons of both decisions. It’s in our hearts. Our patients become like part of our families and our hearts hurt when we try to help and it’s refused. We have to and we will respect their final decisions but it will not be without a heavy heart.”

Fans find Derick Dillard’s recent post is quite interesting. Some fans are posting pages and pages of research supporting their side of the argument. Some are sharing extreme religious ideology.

A few fans wonder if Derick knew the post would attract so much attention. What is your take on vaccinations? Sound off your thoughts in the comments below.

Remember to check back with TV Shows Ace often for more news about the family of Derick Dillard.