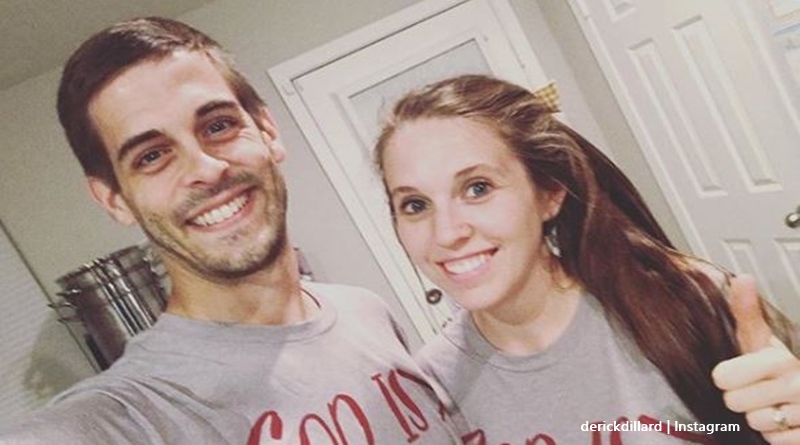 Derick Dillard had a lot of public schooling. Fans often wonder if he and Jill will allow their own children to attend public schools. After all, the Duggar family homeschool all their kids. In fact, Jill started homeschooling with their son Israel. While there’s nothing wrong with homeschooling, according to those who practice it, sometimes getting out into the real world’s not considered a bad thing. Now, rather surprisingly, Derick Dillard stated on his Instagram that his kids can attend public school. It seems that Jill and Derick might prove to rebel from the Duggar family tradition.

Derick, currently studying law, pulled a lot of years in public schools. TV Shows Ace reported in March that “Back in August 2018, Derick Dillard decided to head to college. He’s currently attending The University of Arkansas School of Law, which is located in Fayetteville, Arkansas.” InTouchWeekly reported that before that he got his minster’s license after studying at the Cross School of Ministry in Fayetteville, Arkansas. Prior to that, he studied and graduated from Oklahoma State University in 2011. He managed a  degree in Business Administration, Accounting, and Economics.

Add the years in preschool and through high school, he’s spent a very long time enjoying the benefits of public school education. Some of Jill Dillard’s fans wondered if she’d allow their two boys to attend public school. TV Shows Ace reported on a comment she made on a post about Isreal’s homeschooling. We noted, that in answer to a fan’s question, she said that she would consider it. However, she noted “that they probably would consider it much later on for college.”

For Derick Dillard, he probably sees nothing wrong with public education. For Jill, it’s a different story as she grew up homeschooled. Plus she’s probably less likely to rebel from family tradition than he is. Jill said they’d probably consider it later. However, that doesn’t mean Derick will wait until college to enroll the kids. He might very well send them sooner than that. Maybe in their freshman years? We don’t know for sure. But one thing we do know is that Jill will obey her husband. That’s the lore of their religion and family. The woman does what the husband wants.

Derick seemed rather emphatic when he replied to a fan who asked him about public school, this week. He captioned his own back-to-school photo. The post read, “First day of school #21 is in the books! (19 years in public school & 2 in seminary).” One follower asked him, “Would you ever allow any of your kids to attend public schools?” To that, Derick Dillard answered simply and emphatically, “Yes.”

What do you think about Derick stating his kids can attend public school? He certainly sounded more certain of that than Jill. Do you think she’ll go along with rebelling against Duggar family traditions? Sound off your thoughts in the comments below.

Remember to check back with TV Shows Ace often for more news about Jill and Derick Dillard.