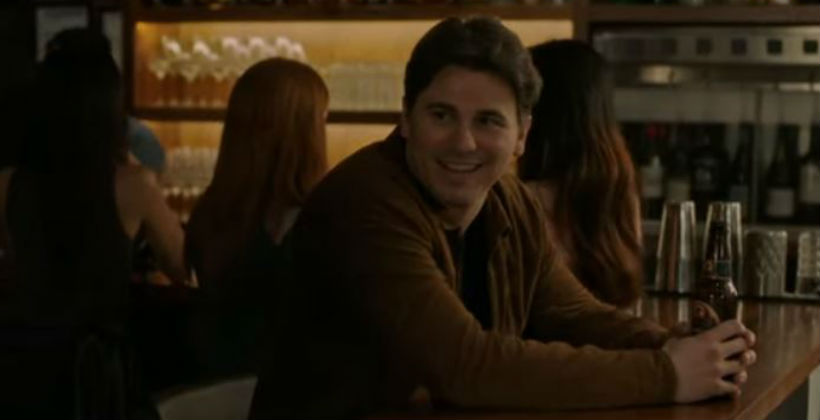 A Million Little Things has a new character for season 2. Jason Ritter, formerly on Parenthood, is shaking things up for the group of friends. He will be really shaking things up in Maggie’s world. So what is known about Jason’s character? Warning: Spoilers ahead.

A post shared by A Million Little Things (@millionlittlethingsabc) on Oct 3, 2019 at 2:18pm PDT

Jason made his debut on A Million Little Things this week. Viewers saw him talk to Maggie (Allison Miller) at a bar. She was there to meet her mother, who is in town for a visit. Jason’s character struck up some casual conversation with Maggie. The conversation turned to the restaurant host. The host had not been very friendly to Maggie and Jason’s character challenged her to confront him about it to teach him a lesson.

Being Maggie, she went along with the challenge. However, when she turned around she witnessed her mother touching Ritter’s arm. The two obviously  knew each other, but the relationship between them is still unknown to viewers.

Cinemablend shared thoughts on the touch between Ritter’s character and Patricia. They shared that “Maggie definitely had a look like she thought there were some boy-toy vibes emanating from the two at the bar, but this embrace didn’t necessarily scream romantic.”

Bombshell is dropped on Maggie

Maggie’s mom, Patricia, showed up in town with much more luggage than one would bring for a short visit. Patricia sprung some big news on Maggie and Gary. She announced she and Maggies father are getting divorced. She also told them she was moving to Boston.

Fast forward to Maggie meeting Ritter’s character at the restaurant. What secret is Patricia keeping from Maggie? Is she really moving to Boston to be closer to this man? Who is he and what does he want?

Family can be unpredictable 🙃 #AMillionLittleThings

A post shared by A Million Little Things (@millionlittlethingsabc) on Oct 3, 2019 at 6:04pm PDT

What is Jason Ritter’s character up to?

Nobody knows yet why Ritter’s character is here. However, A Million Little Things creator DJ Nash shared with Entertainment Weekly that he is “coming into the world and threatening to shake everything up.”

Nash goes on to say, “It’s a character that comes up based on stuff from the first season. Throughout the first half of the season, we follow the question: Who is this person? And then once it’s known who they are, their potential to shake up the world comes.”

Nash went on to say that Ritter’s character is a callback to Season 1. He says the character will be a really big deal once everyone realizes who he is and why he is there.

What do you think of Jason Ritter joining the cast? Why do you think he is there? Viewers can’t wait to find out.