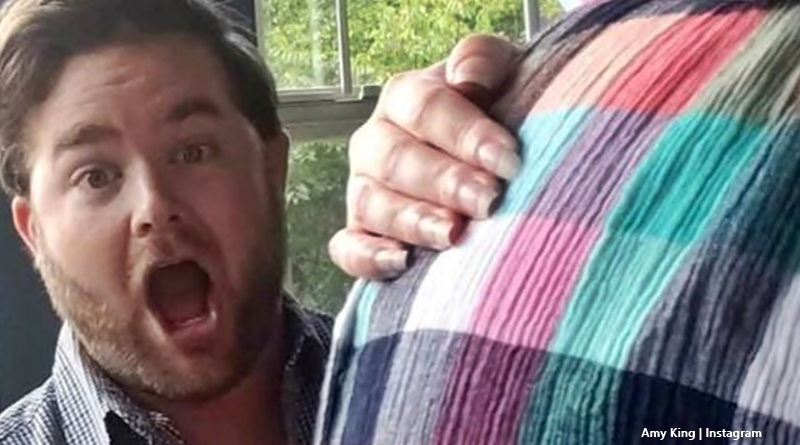 Amy King’s pregnant, as every Duggar family fan knows. And, now she’s at 39 weeks, with the little one showing few signs of wanting to leave momma. But, the little boy’s kicking like crazy, which fans could actually witness in a video clip she shared on her Instagram stories.

Amy King waited for a baby, now it feels like a forever preggos

Fans of the Duggar family loved it when Amy King decided to sort out her life before rushing into pregnancy. Now, with her boutique on the go, she finally goes through her first pregnancy, and so far, she’s loved every minute of it. The baby’s 39 weeks along now, so almost any day, we could hear the news of the new arrival. In the meantime, fans feel like this baby’s been such a long time coming. On one of her posts she shared, one fan commented, “You have been pregnant for 37 and a half years!” Amy responded with, “Yess .. yes I have!!”

TV Shows Ace started reporting on the pregnancy ages back, and we eventually got a gender reveal in June. At the time, we noted, “At the beginning of June, People shared that Amy and Dillon made a guessing game of their gender reveal. In two separate Instagram posts, they blindfolded themselves and then took off the covers. That’s when everything blue rained down and fans found out they’re expecting a boy. The baby’s already got a name, and fans know the little one by the moniker of Baby K. He’s expected to arrive in Amy and Dillon’s life in October this year.”

In her Instagram story that Amy shared late Wednesday night, she showed how the little baby’s kicking so vigorously, fans of the Duggars could actually see it moving around. Very active now, maybe Baby K finally decided it’s time to get out and into the world. For Amy, this baby’s special and she determined long back that she would enjoy it all the way. When fans chided her for posting about her baby after Joy-Anna Forsyth lost her little girl in a miscarriage, she told them off. It’s her pregnancy, and she’s totally into it.

Back in July, she slapped back at critics, saying “I won’t apologize for what’s going on in my life,” and added an eye-roll emoji,” we noted. Well, good for her. And, since then, she shared many happy pics of her journey to parenthood. But now, Amy must be waiting impatiently for the arrival. However, Woman & Infants notes that sometimes, “The baby may become slightly less active as labor approaches.” Therefore, it’s very possible he won’t arrive this week.

What do you think about Amy King still preggos at 39 weeks? Do you think it feels like 37 years of pregnancy? Did your baby kick like crazy towards the end, or did it slow down a bit? Sound off your thoughts in the comments below.

Remember to check back with TV Shows Ace often for more news about the baby and Amy King.