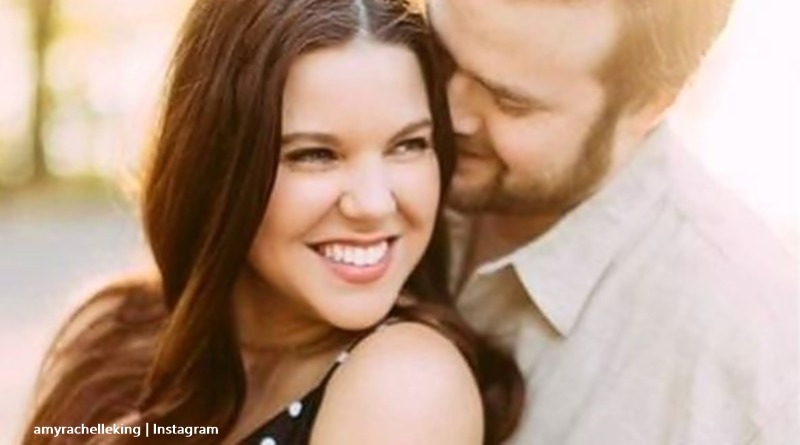 Amy Duggar King’s expecting her first child and planned her life before children. That set her a bit apart from her cousins in the Duggar family who normally marry and immediately try for a baby.  Now the first pregnancy for her with husband Dillon’s got her excited. Obviously, she’s thrilled about it all. Wednesday night, June 26, she took to her social media and shared the latest ultrasound scan of Baby K.

At the beginning of June, People shared that Amy and Dillon made a guessing game of their gender reveal. In two separate Instagram posts, they blindfolded themselves and then took off the covers. That’s when everything blue rained down and fans found out they’re expecting a boy. The baby’s already got a name, and fans know the little one by the moniker of Baby K. He’s expected to arrive in Amy and Dillon’s life in October this year. In the meantime, on her Twitter and Instagram, Amy shares updates.

Just last week, she shared a sad sort of post about her grandmother, Mary. Fans of Counting On know that she died very suddenly. Later, Amy posted about how Dillon looked after her shop while she grieved. A few days ago, she posted another one showing them on a trip to Nashville. Sadly, she noted that they planned it earlier and had expected to take her grandmother along with them. They nearly canceled but decided to do it anyway, to honor the memory of her. While there, they did some shopping for Baby K. So, it’s a bittersweet time for Amy.

Dill was sweet enough to drive mom and I down for a little getaway this week to Nashville. We are trying to focus on all the good. Yes there will be changes and yes, Grandma is missed terribly. Gma and I were always together.. and she was supposed to be with us on this trip.. we thought about canceling but instead decided to honor her by spending time together, shopping for baby K and enjoying the sunshine… #onedayatatime

Amy Duggar King took to her Instagram Stories and to Twitter to share the latest ultrasound scan photo. On her IG Story, she noted, “Hi Baby K (three heart emojis)  Mommy & Daddy love you so much.” Under that, she wrote, “Healthy & 1LB & 11 Ounces. Today!” On Twitter, she shared the same picture and added, “so much love.” Aww, the little one looks so cute already as it’s a nice clear picture.

On Twitter, people responded, saying that the baby looks very cute, so precious.

What do you think about Amy Duggar King’s ultrasound scan and her obvious excitement? Sound off your thoughts in the comments below.

Remember to check back with TV Shows Ace often for more news about Amy Duggar King and Dillon’s Baby K.