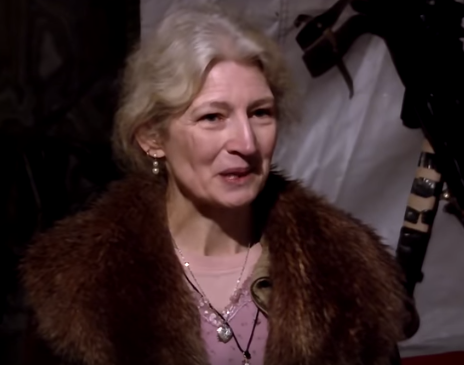 The mother of the wolf pack is back! Ami Brown didn’t lose her battle with cancer, no matter the seriousness. She is the strong, confident, and “heart and soul” of the Alaskan Bush People. And to prove it, she recently had a solo promotion all about her.

“From hunts to homesteading, the heart and soul of the Wolfpack is mother Ami Brown. Watch a special Alaskan Bush People Sunday at 9 on Discovery and Discovery GO.” The show’s Instagram account had in the caption. The photo featured Ami in a fur-lined coat and a hat, in front of a snowy backdrop.

Ami’s son, Noah and his wife Rhain recently welcomed their baby, Elijah. Many news sources reported at the time that Ami was supposedly trying to help too much and be a third parent. This dynamic is hard for any family, it can even be harder after a cancer diagnosis. Because the emotions are so intense and relationships see strain caused by the disease.

Viewers seem to be giving Ami Brown and her husband some backlash after moving to Washington. The show is meant to be based in the Alaskan wild, to be completely “off the grid,” this change is making fans upset.

“Still don’t get why they are called Alaskan Bush People? They live in Washington State! They change names of shows all the time and they even change the channel it airs on!” A disappointed fan replied.

Ami’s illness was a large part of why the family moved away from their home in Alaska. Now they live on a large plot of land in the North Cascade Mountains of Washington State. Living here puts them closer to an area with the care and medicine Ami would need.

According to SurvivorNet, some viewers began to question the reality of the show. “Do they actually live on their land? I’m wondering why you never see the wives or girlfriends out there helping? If my guy was building a home by hand, I’d be out there swinging a hammer too. As a sibling, I’d ask where’s your lady, man???”

This isn’t Ami’s first ride with the internet questioning her actions. Some people began to question the realness of Ami’s diagnosis of cancer. UCLA doctors confirmed it and gave the official documents to clear the air with the inconsiderate fans.

Ami Brown had first been diagnosed with lung cancer in 2017 and has now been said to be cancer-free and the family never lost hope, no matter how scary it was.