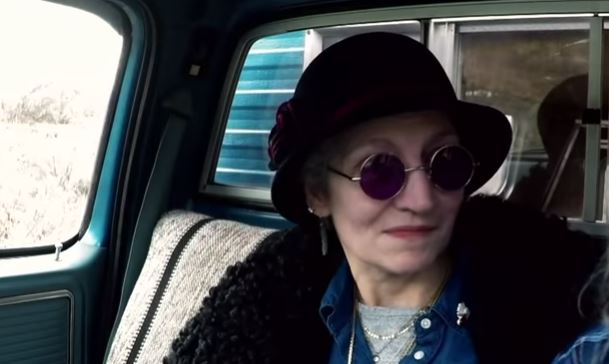 Following the return of Alaskan Bush People to the Discovery Channel for its tenth season, fans were concerned about Ami Brown’s health. As she was diagnosed with lung cancer in 2017.

As of this March, after Ami Brown underwent chemotherapy and radiation treatment, she is free of stage 3 lung cancer and still in remission.

Ami Brown’s prognosis said she had a three percent survival rate. Some fans accused her of faking her diagnosis after it was announced that she was in remission. To put an end to the rumors, her doctors released a statement to People, saying “Amora Brown was diagnosed with Stage III non-small cell lung cancer in April 2017. Treatment for her cancer included a four-month course of chemotherapy with radiation. Her disease responded well to the treatment, and, according to her UCLA oncologist Dr. Deborah Wong, she is now in remission. Although her most recent scans show no evidence of cancer, Amora will continue to be monitored closely by her medical team over the next several months.”

As many would assume, Ami’s battle against cancer has not been an easy one for her and her family. Last August, her husband Billy told RadarOnline.com that he nearly witnessed her die right in front of him. Billy stated “In November, when everything was over — she was supposed to be healed — and she fell over dead for like 20 minutes. It was just pure horror. We sat there and watched her go down every day, and I didn’t know if I would lose her or not. It was a really hard test of fate, I will tell you that.”

He also offered an update on her condition. He said, “She still has stage zero primary, and there are still traces. But they took the majority out, and the growth is really slow.”

Despite her diagnosis, Ami Brown is remaining positive about her fight with cancer. Heavy.com quoted Ami, “When I found out, we didn’t really know what it consisted of. God gave me the cancer. I look at it as a blessing. It has taught me to stay positive and lean on the Lord and always let your loved ones know how much they mean to you. Never give up and never surrender. Be strong and live every single moment, every day to the fullest.”

Her family is using the time they currently have with her being healthy to their advantage. Her son, Gabriel Starbuck Brown married his wife, Raquell Rose in June, for the second time, with his mother there to celebrate. Gabriel told People “I’m so happy my family, especially my mom, could be by our side on our special day. Raquell is my one true love and we’re really grateful to have met each other. God is good.” Billy expressed his excitement for the growth of his family.  “Ami and I are married 40 years this June and there is truly no better gift than to celebrate their marriage and watch the family grow. Noah and Gabe have met their matches and everyone has just made us so proud.”