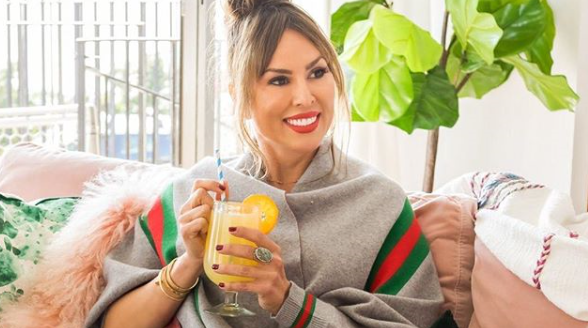 In an unexpected move that had Hollywood Life asking if hell had indeed frozen over, Vicki Gunvalson apologized to Kelly Dodd. During the newest episode, the feud that’s been going for a long time came to an end after an explosive revolution.  In the past, Kelly Dodd said her daughter hated Vicki because of a rumor she’d spread that Dodd used cocaine. In a later episode, fans thought Vicki was responsible for the entire ‘train rumor’ getting started.

As Kelly was talking to her fellow cast mates and Vicki came up, they told her of another rumor Gunvalson had told them. The rumor being she wasn’t allowed to visit her daughter’s school. Kelly Dodd lost her mind and called her ex-husband who she put on speaker phone. Both Braunwyn and Emily heard him say she was allowed.

Vickie didn’t understand why Tamra was telling her she shouldn’t repeat things without knowing they’re true. She claimed she heard it from someone at her hair salon. Vicki didn’t really admit she was wrong for repeating a rumor until Kelly broke down and cried.

Having a party @rickleventhal house.. I ❤️u so much!! Leaving tomorrow to see my Jolie ..See you in Canada 🇨🇦 in a week … 5th country together..

What Ended The Kelly Dodd And Vicki Gunvalson Feud?

Kelly Dodd told her she never did anything to her. She said she’d always been on Vicki’s side. The RHOC star stated she only called her a pig because Slade Smiley did and she said she doesn’t think that. She said, “I’ve only been friends with you and I don’t understand it.”

She told her it was hard to look at her because Vicki doesn’t understand what she’s done to her.

Is The Feud Between The Two RHOC Stars Really Over?

Vicki then also cried and told her she wanted to stop and she surrendered. She walked over and gave Kelly a hug saying they had a lot of history and she surrendered again. It was such an unexpected and great moment for fans at Miraval.

In her confessional later she said when she heard how upset Kelly was it made her feel bad. She told her she promised she wouldn’t talk about her anymore. Kelly ended the whole thing by saying she doesn’t do cocaine, or trains, and she’s allowed at her daughter’s school. Vickie said she wouldn’t throw any more jabs at Kelly. Time will tell if this momentary truce will hold up.