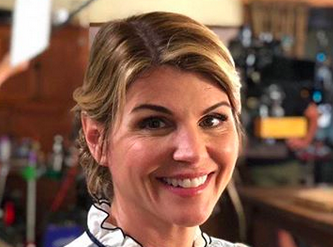 Lori Loughlin, a former star on When Calls the Heart, was recently involved in a college admissions scandal. She and her husband, Mossimo Giannulli, paid $1 million to get their two daughters into the University of Southern California.

On Tuesday, the U.S. Attorney’s office shared that Loughlin has been indicted on another charge. Loughlin and Mossimo, along with some of the other parents involved in the scandal, are involved in a second superseding indictment with conspiring to commit fraud and money laundering.

Originally, Loughlin was offered a minimum two-year plea deal. After she turned that down, it became clear that she and her husband could be spending 40 years in prison. It doesn’t seem like she was expecting to be hit this harshly, which is why she didn’t accept the plea deal.

A source spoke to ET about how Loughlin is handling the new charges. The source said:

“Lori still believed in the end she would just get a slap on the wrist. At this point she is getting complete clarity and she’s scared and in terrible shape. The reality of this situation has finally hit her like a ton of bricks. It wasn’t until she was faced with [the] additional [charge] that she saw the true ramifications. She is going through the worst time of her life. It feels like her whole world is falling apart. She is putting all her trust in her team and her lawyers, and hoping for the best.”

Lori Loughlin on When Calls the Heart

Since the news of the scandal broke, there have been questions about whether Loughlin will be returning to the show. There has been some speculation that her character will be replaced by a different actress. It was unknown for a while, which left many fans wondering what to expect.

Just recently, Hallmark announced the date that the show will be coming back to the network for Season 6. In this announcement, it was also made obvious that Loughlin will no longer be a part of the show.

In addition to being on When Calls the Heart, Loughlin and her family were repeatedly asked to have their own reality TV show. She told E!’s Daily Pop about these offers. When asked why she hasn’t agreed, Loughlin said, “No…we’ve been asked to do a reality show a couple times…we’re not that exciting.”

Did you catch @erinkrakow’s #SPS this week? #Repost @erinkrakow ・・・ This week’s #SPS features the LOVELY @loriloughlin! I wonder what Abigail is cooking up in tomorrow night’s all new episode of @wcth_tv… Tune in to find out! @hallmarkchannel 8/7c #Hearties

After her time in jail, there’s no telling what Loughlin will be up to. She’s clearly a talented actress and has a lot of potential. It’s not clear whether this will affect her in the long run though. She may be able to land acting jobs, despite this record.

For more updates about Lori Loughlin and When Calls the Heart, check TV Shows Ace!