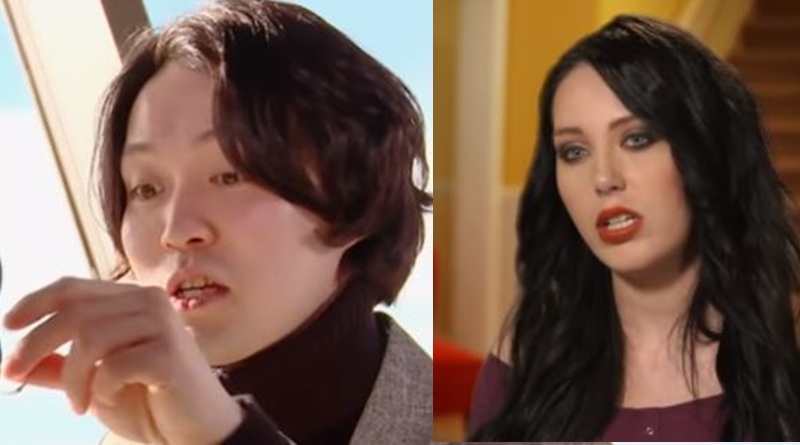 90 Day Fiance fans got bombarded with so many photoshoots and wedding pics by Deavan, that they got confused. In fact, many of them assumed she already married Jihoon. However, it seems that Koreans do the marrying thing differently than what Americans are used to. Is this for real this time?

Back in early September, Deavan shared a photo of her and Jihoon all suited up and pretty. However, she explained that although it was a photoshoot of them looking married, they never had their wedding yet. TV Shows Ace reported, “Maybe Jihoon finally found employment with Deavan in the country. Now Drascilla’s in the country, going by her latest YouTube posts, perhaps she even pushed Jihoon into finding decent accommodation. But, now she spoke about their wedding, and maybe Jihoon never got everything done that she needs for her security.”

Another wedding shot pic emerged from the 90 Day Fiance star’s collection in July. In that post, Deavan wore a veil and there were a few shots of her. Another pic emerged on the @fraudedbytlc account on Instagram that showed the couple looking married already, as well. Some fans of the TLC show thought it was probably just another modeling shot. After all, Deavan talks about a modeling career all the time. But, with all these photos, it’s no wonder than so many fans thought they already married. However, it seems they do things a bit differently in Korea.

On one post, fans commented that it seems like just a modeling shoot as Deavan appears in so many different wedding dresses. However, some fans who know Asia remarked that in Korea, there can be several different types of wedding ceremonies. One fan noted, “Photoshoots like this are cheaper in Asia. I did mine in Asia and 3 dresses, 1 hardcover picture book,3 big canvases, and frames for around $500.” So it looks like it’s quite inexpensive. But another fan noted that for big weddings, quite often a big party is held and guests are expected to chip in part of the costs.

However, it should also be noted that @fraudedbytlc noted on another post, “In Korea, the pre-wedding photoshoot is the big item. The wedding itself is not very personalized and like we are used to in the US.” They added, “Korean weddings traditionally do photoshoots in different dresses before the actual wedding. This is the main part, actually.” So, if the wedding shoot’s almost more important than the wedding itself, it’s quite possible that the 90 Day Fiance couple never married yet.

Are Jihoon and Deavan getting married in October?

Fans of 90 Day Fiance heard that Deavan’s pregnant again, already. So maybe they moved up the wedding. Alternatively, as the couple film for Season 2, maybe the wedding and the new baby is what prompted their re-signing with TLC. Anyway, a new photo of a wedding got announced. Once again, it hit the social media rounds. @fraudedbytlc shared it with their followers. This time it announced they will be married in October. The IG page captioned it with, “Our International Fraud Consultants are working overtime. Who is free on October 19 to go to Deavan and Jihoon’s wedding in Korea? Also, they look gorgeous!”

So, it looks like this may actually go down in October. At least if they air it on Season 2 we can all settle our minds once and for all on the marriage and wedding status of Deavan and Jihoon. What do think about it all? Are you experienced with marriage in Asia? Sound off your thoughts in the comments below.