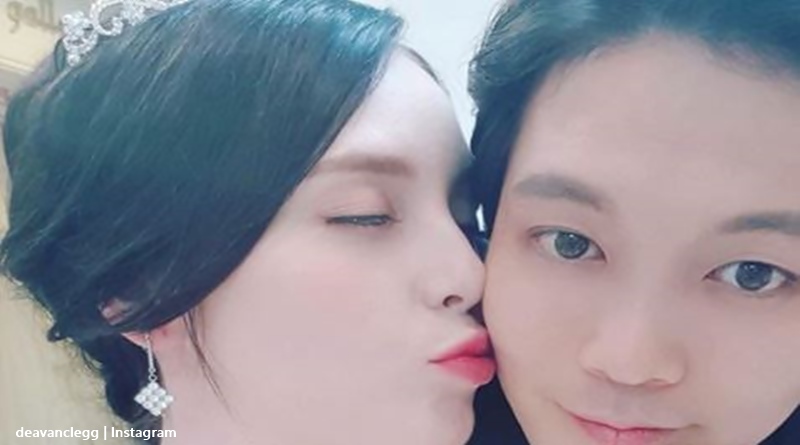 90 Day Fiance: The Other Way fans wondered for a while now if Jihoon and Deavan had their wedding yet. But, now it looks like they never got around to that. While fans speculate on whether they actually made it through into a permanent relationship, Deavan mentioned the wedding. She confirmed there has not been one yet.

90 Day Fiance: The Other Way – Did Jihoon and Deavan marry in Korea?

Deavan often shares videos to her Junnyvanny YouTube that gives a strong indication she, Drascilla, and baby Taeyang are in Korea. But, we have not yet heard if they had a wedding yet. No doubt fans need to wait until the end of the TLC series to find out if they found wedded bliss. Mind you, right now on the show, it looks like problem after problem arose for the couple.

TV Shows Ace reported, “That Jihoon failed miserably to prepare for Deavan’s arrival is definitely a sign of some character flaw.” We added that “[Jihoon] conceded reluctantly that he should find a job and arrange an apartment for them.” But then he failed to attend to any of that.

Where we stand right now in the 90 Day Fiance show, it looks like living in his parent’s loft’s not likely to lead to maternal bliss. Maybe Jihoon finally found employment with Deavan in the country. Now Drascilla’s in the country, going by her latest YouTube posts, perhaps she even pushed Jihoon into finding decent accommodation. But, now she spoke about their wedding, and maybe Jihoon never got everything done that she needs for her security.

Taking to her Instagram early Thursday morning (September 5), Deavan shared some photos of them all dressed up for their wedding. She captioned it with, “Hi I’m running out of photos lol time to break out the camera and phone.” Despite the picture showing her in her bridal outfit, tiara and all,  and wedding pics framed on the wall, she added, “just a photoshoot we haven’t had a wedding.”

One 90 Day Fiance fan queried that as it looked very much like a wedding. They asked, “Spoiler 👰 or early pics?” To that, Deavan replied, “just [a] photoshoot we did.” Well, that’s rather interesting, so maybe they definitely plan for a wedding. In fact, one photographer in Korea offered to do a “free photoshoot for you and your family if you want ❤️.” Yep, Deavan agreed she’d “love to do that.” So, it’s fairly obvious she’s actually still in Korea in the present time.

Can you get married without holding a wedding?

They never had a wedding yet, but there’s something to consider. It doesn’t mean Jihoon and Deavan of 90 Day Fiance never actually married. Bear in mind in a recent preview on YouTube, we saw Jihoon say Drascilla was staying with his “mother-in-law.” As the Bustle pointed out, some people get married civilly or traditionally. Later, they have a big family wedding event. There’s no reason why a flash celebration of the event can’t happen much later after exchanging vows. Seeing Jihoon seemed to struggle with an income and supplying basic needs, they may have tied the knot. But, not held a huge party. We’ll just have to watch the show to find out.

What do you think about Deavan Clegg revealing them all dressed up for a wedding, but that they never held a wedding celebration yet? Sound off your thoughts in the comments below.