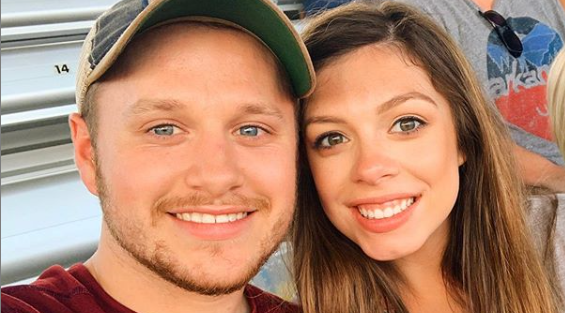 Fans of Counting On follow the Duggar family pretty closely. That’s why if one of them posts something that seems out of sorts or they look like they might be sick, fans get worried and comment. That’s what happened recently when a picture of Josiah Duggar was posted. Fans who saw it on Instagram didn’t think he looked well due to his appearance.

The time for Josiah Duggar should be a happy one. He’s waiting the arrival of his first child with Lauren Swanson. They are finally growing their family after suffering a miscarriage. Fans had commented before they thought Josiah’s personality changed over night. According to The Cheat Sheet, they thought that change came once he started courting Lauren.

So thankful I get to call this man my husband!😘 #loveyouforeverhoney

Why are fans worried about Josiah Duggar?

Fans liked that Josiah used to be someone who pranked others and wore bowties. He kept that up into adulthood but not past courting Lauren. Many fans blame her for the change in their beloved Duggar’s personality.

There were rumors Josiah had been forced into marriage after he got caught with a secular Facebook page. One Reddit user thought Josiah seemed, “depressed and repressed.” They thought he could be on the verge of a breakdown at all times. They think his smile and whole persona in the picture Lauren recently shared was forced. He doesn’t seem like the happy and funny Josiah they all know and love.

Even deeper into that rumor, fans heard he’d started to post under a different name on Facebook after his failed courtship the first time around. He used the name Matthew which is his middle name and a book in the bible. A source said his social media rights were revoked when his courtship didn’t work out so he had to find a way around it.

Recently, Lauren shared a picture of Josiah on her Instagram. Fans noticed for a twenty-three year old, he looked haggard. His forehead had wrinkles, there are bags beneath his eyes, and he just looks exhausted. There’s no way to really know why he’s been losing sleep, but in this picture, Josiah looks a lot older than he really is. One user said man, “Si sure has a mature look these days.”