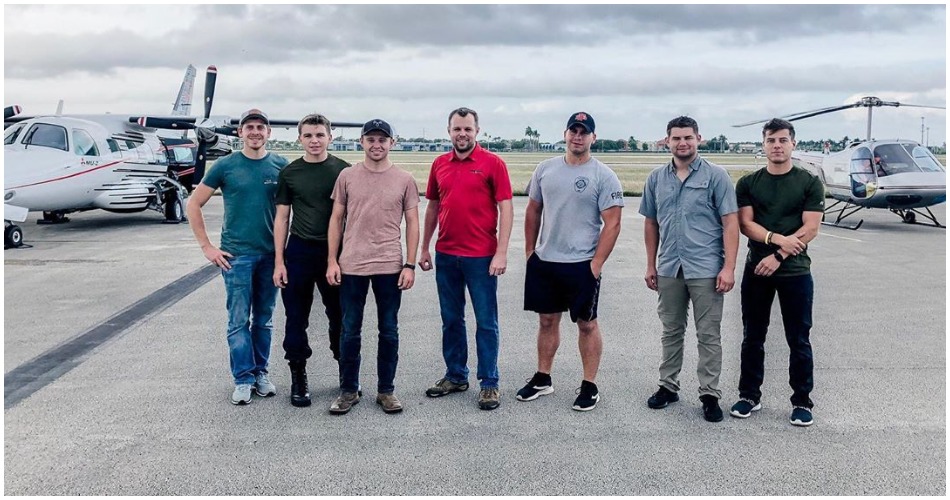 The Duggars went out to the Bahamas to help with the damage Hurricane Dorian had caused. They followed their efforts on social media so their fans knew what a good job they did. Upon returning home, there were rumors out that perhaps they hadn’t been that helpful while they were there despite what their social media said.

Since the reports came out, the Duggars haven’t been posting much about the trip. This silence on their time in the Bahamas has only cranked up the heat on speculation.

How Were The Duggars While Helping With Hurricane Recovery?

A volunteer who allegedly was working with another organization along side the Duggars had a different story to tell. According to The Cheat Sheet, the volunteer named James G. Lee posted the family brought handguns and commandeered supplies from the staging area.

He stated the Duggars used their skills to start up a golf cart that wasn’t running, but then didn’t allow any other group to use it. Also, he said they got AC going in one building and refused to let anyone else in it including an elderly woman.

The claims he made haven’t been verified by anyone, but the fact the Duggars aren’t sharing a lot of pictures have fans wondering if their is some validity to his claims. He shared pictures that appear to show John David Duggar acting in a belligerent way.

As we’ve been passing out supplies here in the Abacos, we’ve met so many people and heard some of their stories of survival. My heart goes out to each one! They’ve lost so much. Stand strong, Bahamas! ❤️🇧🇸

Fans Have A Problem With The Family Using The Word Medic

The family created and named their disaster relief company before they went to the Bahamas. They named it Medic Corps. That was the name they worked under while they were there.

Allegedly, the company incorporated by John David meant they were going to provide medical transport. The issue fans had was most of the Duggars had no medical training. The only ones who could possibly help were Lawson Bates who had some experience as an EMT and Jana Duggar. Jana had a little bit of midwife training. None of them would be able to provide proper medical help if it was needed.

One fan posted on John and Abbie’s Instagram that she asked questions about the, “training, funding, and actions of the @medicorps team on the Instagram page and got banned.”

She went on to say if they can’t answer basic questions then it’s a little suspicious. Fans will continue to follow along for any statements from the family to help clear everything up.