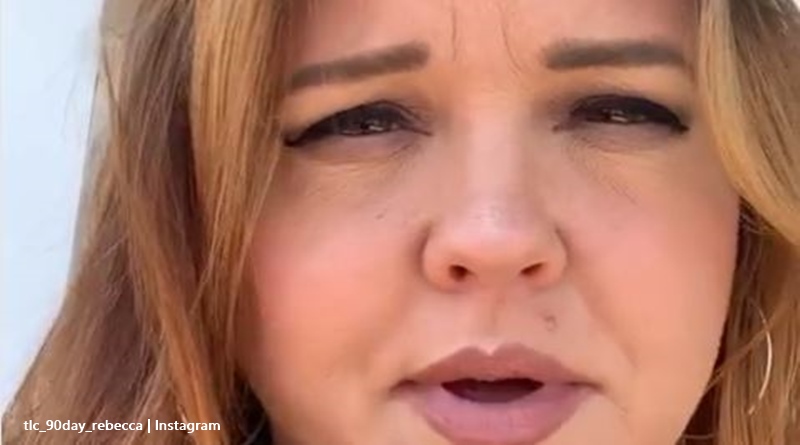 90 Day Fiance fans know that Rebecca Parrot came on the TLC show in fine style. Fully expecting some trolling, she decided to cope with it using good humor and tolerance. However, reasonably successful to date, trolls finally managed to rattle her and she let off steam on her Instagram.

TV Shows Ace noted in a couple of articles, that Rebecca uses humor to cope with trolls and haters. TV Shows Ace reported on the attitude taken by the Before the 90 Days star. It was also noted that there’s “Lots of laughter in this lady.” Plus, in response to a fan who warned her about trolls, Rebecca replied, “[she’s] gonna keep on laughing, or die.” Plus, “Gimme crap. Lol, I can take it. I ain’t scared. 😂😂.” So, it looks like she’s prepared.

Even a recent scandal about the 90 Day Fiance star didn’t really rock her. News emerged about her having a bad credit history. Fronting up, not making excuses was a “refreshing” moment from a cast member of the show, a Redditor noted. Her response came in a video on IG where she said, “In response to the recent developments in my personal life. I understand I signed up for this. Shocker! I have a personal life. Lol, I’ve never pretended to have my life together. I’m not perfect 🤷🏼‍♀️But I’m real.”

Now, it seems that Rebecca handles the hate and the trolling just fine when it comes to her and Zied, her Middle-Eastern man. But, when trolls go after her daughter, that’s a different matter. In her IG post on Monday night, Rebecca told them the way it’s gonna be. She said, “A warning for all the trolls coming at my daughter. My nice disposition and patience END when you bully my children. I will block you, delete your posts and report you. Don’t waste your time. And before anyone talks about my kids being on the show, it’s because they are part of MY story!” In the video, she added, “It’s not okay. Don’t do it.”

Well, many fans think people who expose their kids on shows like 90 Day Fiance, simply deserve all they get. But, fans stuck up for Rebecca on this. One fan noted, “Once I was told this: ‘No one can make you feel bad about yourself unless you let them.’ But you’re right. you come after a Mama’s kids and you’re toast. Sorry you feel bad. Just block those that spew hate against your and your family girl…I’ll be watching. Blessings 🙏.”

A warning for all the trolls coming at my daughter. My nice disposition and patience END when you bully my children. I will block you, delete your posts and report you. Don’t waste your time. And before anyone talks about my kids being on the show, it’s because they are part of MY story! #enough #90dayfiance #leavemykidsoutofthis #90dayfiancebeforethe90days #beforethe90days

Rebecca talks a bit more about kids and trolls

Rebecca responded with, “I truly don’t mind when people comment on something they’ve seen in tv, positive or negative. It’s part of it. But being downright hateful or bullying my kids, I draw the line. 🤷🏼‍♀️💕.”

What do you think about that? Are you surprised that trolls finally rattled Rebecca Parrot? Do you agree that hating on kids definitely should stay off social media, no matter what their parent’s story-line might be? Sound off your thoughts in the comments below.