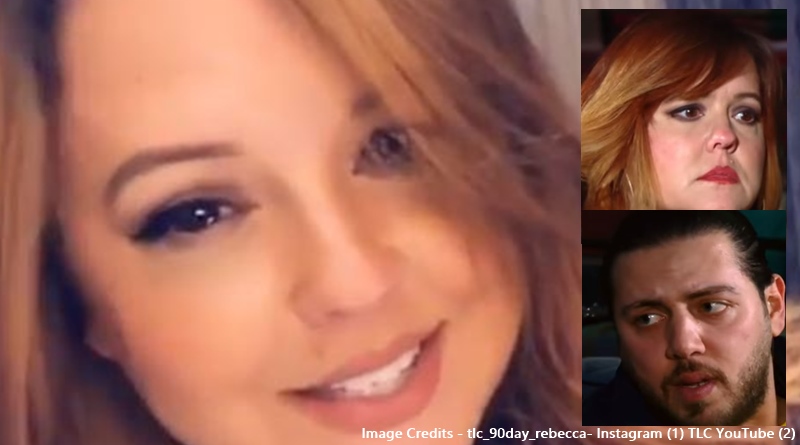 90 Day Fiance: Before The 90 Days Season 3 premiered Sunday night, and fans are up for it. Even ahead of the show, spoilers and previews showed Rebecca Parrot and fans think she straight up catfished Zied from Tunisia. Apart from suffering three failed marriages, one to a Moroccan, she’s back where she started, dating long-distance with a Middle Eastern man. Bound to get derision, Rebecca nevertheless comes across as fun and well prepared for the trolls on her Instagram.

90 Day Fiance: Before The 90 Days – a look at Rebecca Parrot

TV Shows Ace produced an article about Rebecca and noted that she’s probably about to repeat past mistakes. We wrote, “Rebecca’s, aged 47 from Canton, GA, and Zied, aged 26 is from Tunisia.” Plus, as an added extra, “she was still married when she met Zied in the show.” So, it looks like she’s fallen for a guy and could well end up in the same place she was at before in her failed marriage.

Many fans picked up that she used a lot of filters to “catfish” Zied. And, yes, even right now, after the first episode, she still does. She’s an attractive 47-year-old mother but looks way younger online. Taking to her Instagram after the show, Rebecca posted a video and once again, it showed the filters showing her somewhere in her late 20s, and stunning. And, she’s unapologetic.

Laughing at the fun of it all

We noted in another story, that of all the people who get hated on this season in 90 Day Fiance, it’s unlikely to be Rebecca. Indications on social media are that she’s rather dumb with her decision-making skills, instead of hateable. Nevertheless, it looks like Rebecca’s well prepared to deal with any hate that comes her way. Actually, fans think Zied is a creepazoid the way he talks and tells her he ‘loooooooves’ her! As an actor in Tunisia, many fans wonder just how genuine this is. Certainly, Redditors think he needs more actor training. So, he might get trolled on more than she is.

In her post on Sunday night, Rebecca posted up a video, and captioned it with, “Sooooo what did everyone think?? Pretty crazy stuff 🤷🏼‍♀️🤷🏼‍♀️🤷🏼‍♀️ I’m ready for it. Bring on the jokes! 😂😂😂 .” In her video, she said, “This is gonna be crazy,” all the while laughing. She adds, “bring it on, let’s do this.” Rebecca certainly looks like she’s enjoying the show, and wants to engage with her followers.

Of course, fans reacted to the video and some of them pointed out she’s still using the filters. Unashamedly, Rebecca replied, saying, “if nothing else, I’m consistent. 🤷🏼‍♀️🤷🏼‍♀️.” Of course, the rows of museum-like photos of Zied already got commented on. @jessica_hanson said, “OK what’s up with the entire hallway full of pictures of him… like as if the mug and bedside table picture wasn’t enough???😂😂.”

Rebecca was ready for that one, and simply said, “heyyy he’s sexy!! I just wanted to see his face. All. Over. The. Damn. Place. 🤷🏼‍♀️🤷🏼‍♀️😂😂😍😍.” Lots of laughter in this lady. But one fan cautioned about the trolls. As @dawnasg noted, “You are hilarious. I mean that in a totally not sarcastic way lol I like your attitude and it will help you tons because these 90d fans are bruuuuutal af. Good luck and I can’t wait to see where all this takes you 😄.”

Well, Rebecca said that she’s gonna keep on laughing, “or die.” Plus, “Gimme crap. Lol I can take it. I ain’t scared. 😂😂.” So, it looks like she’s prepared. Plus, she looks like someone who won’t get all teary every time something goes wrong, and rack up the drama like other 90 Day cast members in the past.

What do you think about Rebecca Parrot coming over as fun and so ready for the IG trolls? Do you think she can handle it? Sound off your thoughts in the comments below.

Remember to check back with TV Shows Ace often for more news about 90 Day Fiance: Before The 90 Days.