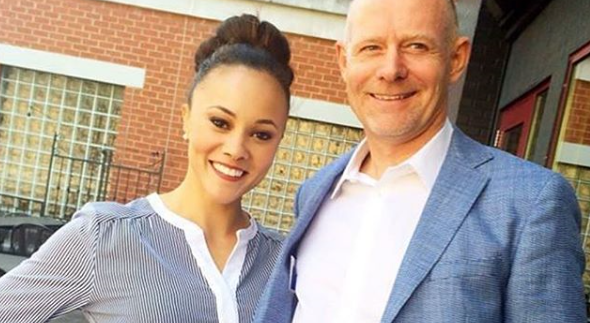 Michael Darby of Real Housewives of Potomac just keeps getting hit with allegations. Now there are new ones that came up during the reunion special.

The reality star had previously denied the accusation he groped a cameraman. His wife defended her husband which made Robyn Dixon decide to reveal she’d heard he grabbed a couple producer’s butts during the first season according to Fox News.

What Are The New Allegations Against Michael Darby?

Andy asked the other housewives if they’d heard the same rumor Robyn did. Karen, Candiace, Monique, and Gizelle all said they did. Ashley replied tha tit was news to her and she’d not heard it.

Another Potomac husband, Ray Hunger, said “I saw you grab Andy’s butt at the reunion. I saw that. You guys were kidding around. It’s not a big deal.” According to Radar Online, this was why Ray said he thought he’d grabbed the cameraman too. He thought he was being playful.

Andy Cohen said he didn’t remember him grabbing his butt, however, he said he was likely fine with it. Later on his show, Andy said he’d forgotten that it happened. Someone at the network reminded him and he was like wow. He said, “Michael said that’s how he’s friendly with other guys.”

Fans will make their own minds up about whether or not the accusations are valid. If Michael makes grabbing butts a habit, it’s possible he did it and then later realized this time, the guy wasn’t okay with it. Michael said the whole part of the reunion spent discussing this with the husbands was a huge waste of time.

Ashley Darby supports her man whole-heartedly. She captioned a picture of the two of them from the reunion with her feelings. She said, “The bonafide yin to my yang. Thank you for joining us this season.” She went on to say she didn’t care for the petty BS but will always be grateful they were on that journey.