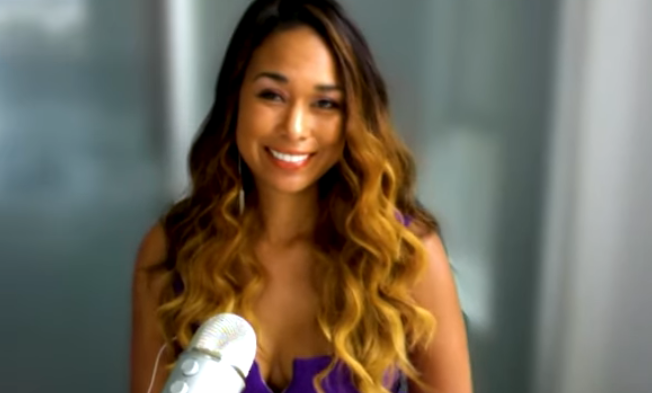 This season has seen the battle between Ashley Darby and Candiace Dillard front and center. Now it seems another Real Housewives of Potomac star has problems with Ashley as well. Katie Rost has taken to Instagram this week to express her feelings about something Ashley said and we are watching intently.

The filter is Clarendon, the genes come from @rost.r and the late great Ronald Rost. Dang, thanks for keeping me cute at 40! #katierost #TheKatieFactor #RHOP

What Set Katie Rost Off In The First Place?

The aftershow on Bravo TV starts off with Robyn Dixon and Gizelle Bryant. They are talking about Katie’s party being their first hoe down and will probably be their last.

Ashley Darby and Monique Samuels are talking next and Ashley said she “I had never seen Katie’s farm. We get there it’s a little on the scruffy side.” Ashley is visibly swollen from pregnancy and props her feet up on a footstool. It seemed like a throwaway line because she spent the rest of the interview talking about her fight with Karen Huger.

According to Urban Belle Mag Katie Rost saw the after show for the first time and heard the comment she made.

On her Instagram, she said, “Ashley was sitting there talking about her magnificent property. She has always kept her mouth shut.” Katie Rost continued saying, “how can a woman who grew up in squalor thinks her crown fits well enough to talk about her.”

She also said, “she makes abusive digs at other women to cover up for her husband and uses a pregnancy to shield herself. In my opinion, it’s a poverty versus prostitution situation and her husband not throwing her out.”

Ashley didn’t sit silently by and took to Twitter to respond due to a post on Celebrity Insider.

She said, “Mail order cooch Katie and hamster face Candiace will hear what I have to say then.” Darby was speaking on the reunion and said she would spare no one. Between Monique and Candiace fighting and Ashley with Karen and now Katie, things are getting wild. This has made for a very turbulent season so far.

Needless to say, the reunion will be one for the drama books and we can’t wait. Don’t miss the rest of this season of The Real Housewives of Potomac on Bravo.

Travis Barker Cuts Kourtney Kardashian’s Hair: What Is Going On?
Did Ariana Madix Change Her Stance On Having Kids?
Love In The Afternoon With Hallmark’s ‘A Little Daytime Drama’
Chrishell Stause Gushes Over The Bouquets Jason Oppenheim Gifted Her
Will ‘Chicago Fire’ & ‘Chicago P.D.’ Also Drop On Netflix?