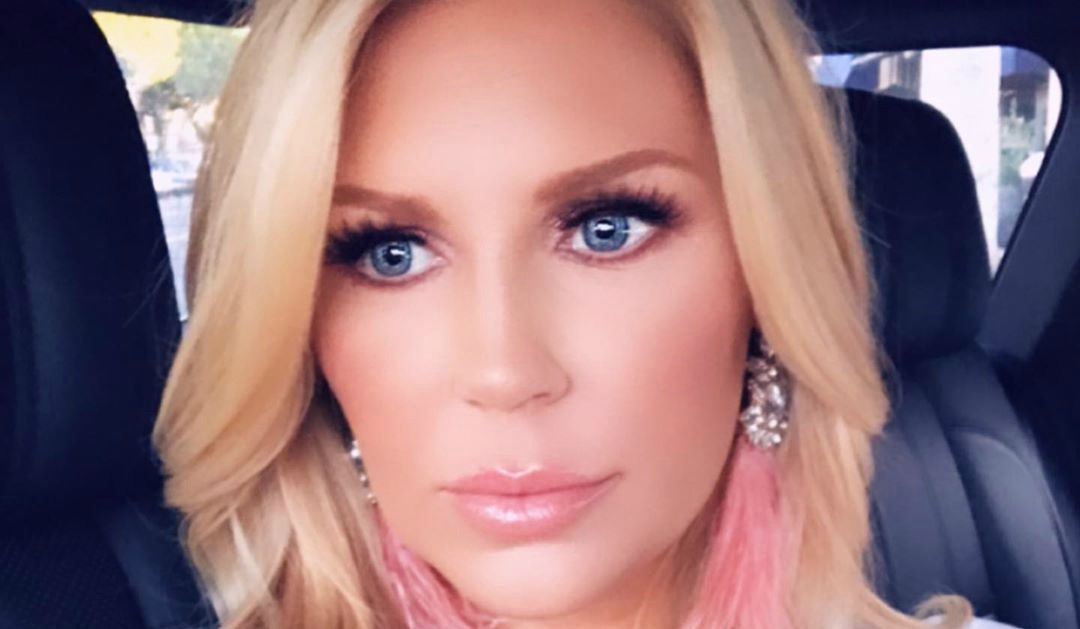 The Real Housewives of Orange County fans haven’t seen Gretchen Rossi on the show for years. However, the former reality star still holds a grudge against former co-star Tamra Judge. According to All About The Real Housewives, Gretchen recently opened up about how she really feels about Tamra today. Also check out an update down below on how motherhood is treating Gretchen.

Longtime fans of the hit Bravo reality show are well versed in the bad blood between Tamra and Gretchen. The two never got along and were constantly at each other’s throats on the show. Many fans speculated that Tamra was jealous of the younger woman.

Both Tamra and Gretchen have publicly spoken out against the other. However, Gretchen is usually the one who resorts to name calling. In 2017, she appeared on Watch What Happens Live and called Tamra a “sociopath.”

When asked, Gretchen recently revealed that she still thinks of her former co-star as a bully. It was a cry that Gretchen made often about Tamra when they were on the show together.

What Was Gretchen’s Reaction to Vicki’s Demotion?

As Bravo fans know, original RHOC star Vicki Gunvalson was demoted prior to Season 14. Instead of appearing regularly in all episodes, Vicki is making casual appearances as a “friend” of the other ladies.

Even though Vicki isn’t a regular, she is still causing regular trouble. For instance, she recently spread a nasty rumor about co-star Kelly Dodd on the show. Vicki’s engagement is slated to be a small part of the storyline this season.

Gretchen weighed in on Vicki’s demotion, saying it “shocked” her. The former The Real Housewives of Orange County star said it wouldn’t have been so surprising after the cancer scam Vicki’s ex-boyfriend played on the show.

It seems like Gretchen may be slightly angry still that she was fired from the show. She implied that Vicki was fired for being boring.

“[If they’re not bringing it,] I get that sometimes it’s time to hang up that hat.”

Perhaps she was talking about Tamra.

Gretchen recently welcomed her first child with longtime love, Slade Smiley. While the former reality stars are ecstatic to be new parents, Gretchen keeps it real on Instagram. The new mom recently posted a photo of her “messy” house. With the baby in her lap, the chair is surrounded by blankets, toys and dogs.

#MomLife with a New Baby 😜 ✅House is a mess ✅Exhausted from no sleep ✅Delirious ✅No Makeup ✅Hair in a bun ✅Sweatpants ✅Laundry is piling up ✅ Barely surviving ✅Can’t remember what day it is ✅Can barely remember my own name 🤣😂🤣😂🤣😂🤣 Who’s been here before, and who’s with me right now? 🙋🏼‍♀️ However I wouldn’t change it for the world and am loving every second of it! Being right here in our beautiful home, loving on my baby girl and having my fur babies wrapped around us is what makes me the most happy and fulfilled these days! Thank you Lord for our many blessings 🙏🏻 #enjoyingeverymoment #lovethesetimes

While Gretchen no longer appears on The Real Housewives of Orange County, fans can keep up with the rest of the ladies Tuesdays on Bravo.