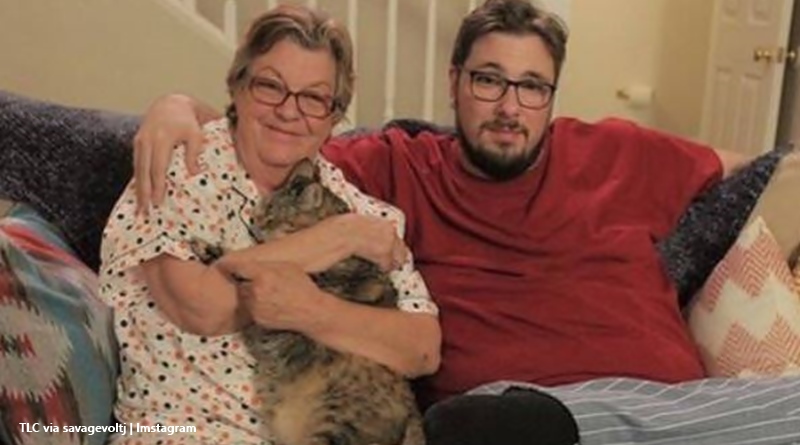 90 Day Fiance fans debated about Colt Johnson and autism since the early days of his season with Larissa Dos Santos Lima. Way back in 2018, Reddit became awash with comments about it. And, not everybody liked the fact that mental health got discussed by so many “armchair” experts. Also, some people thought that even if he was autistic, what’s the problem? However, this time, it’s Colt himself who reignited questions about it.

In a series of photos posted to Instagram, fans saw a jewelry piece grow into a really nice looking item. The first post went up on September 9. Colt captioned that one with, “When I asked if anyone could make custom jewelry, @slowackjewelry kindly responded. They are very patient and took the time to understand what exactly I wanted. This image is a wax model of the item they designed for me. I’ll post updates as the item is near completion. For those who are asking, it’s not a ring and yes I’m aware of the design in regards to autism.”

The second one came on September 20. The 90 Day Fiance star shared another photo of what looked like the completed product, saying he expected to get the item soon. He noted, “Hello, quick update on this piece as I know I received a lot of questions on the item. The silver casting completed and the item is just simply gorgeous.”

He also promised to update when the final product came along. Of course, the reference to autism continued to surface on his two posts.

Final pic of the finished piece, Colt won’t speak up about it

While he started out showing pictures of the jewelry and referencing autism, he stopped doing so with the final picture.

Fans of 90 Day Fiance wonder why he posted and shared about it, but won’t tell them what it means to him. While many people agree it’s related to the autism ‘missing piece of the puzzle,’ others argue it’s very slightly different. Nevertheless, most people associate it with autism. And, they want the 90 Day Faince star to tell them more. He, however, doesn’t seem interested in discussing it.

Countless people asked him if he’s on the spectrum. Others theorized he might have Asperger syndrome. Some just want to know if it’s for someone close to him. Maybe someone he cares about has autism? But, Colt keeps his lips zipped. Frustrated, fans plead for him to reveal the mystery behind the completed piece of jewelry.

What do you think the piece of jewelry means? Do you think Colt should have realized he’d reignite the debate on autism on social media? Do you think maybe it just means there’s a piece of his heart missing? Sound off your thoughts in the comments below.

Remember to check back with TV Shows Ace often for news about the cast of 90 Day Fiance.