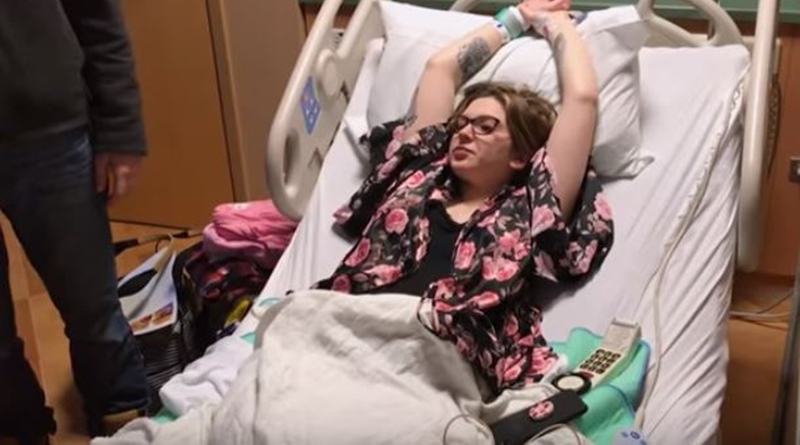 Unexpected on TLC this Sunday brought us McKayla. She and her family raised the temperature of the audience. Across social media, fans of the show rant about bad behavior. The blood’s really boiling this time. Actually, rarely does so much anger unite so many fans. TV Shows Ace reported ahead of the show, that “we see her treat his mom badly. Caelan’s just over it all it and he gets fed up with McKayla’s attitude. In fact, fans of the show also become steadily fed up with her.” Well, now they’re so fed up, some of them call for a petition to get her off the show.

Unexpected scenes that got fans ranting at McKayla and her family

The first scene was saw was Caelan upset because of the name McKalya gave their new daughter. But McKayla’s really doing everything she can to push him and his family away. When Shelly Morrison went to the birthing center she said she was “so excited” to meet her granddaughter “for the first time.” However, her excitement quickly turned to disappointment as McKayla had such a bad attitude. Ms. McKayla decided Cealan’s mom brings  a”negative attitude.” So, she doesn’t want her around her kids, at all.

Caelan got so very angry with her as he just “wanted it to be like a happy moment.” However, he says sadly, “It all went to sh**t.” Actually, he seems torn between sadness and fury over her attitude. Plus, it does not help that now grandpa wants to interfere in Caelan and his financial support. Unexpected fans grew angry as he felt Caelan should give McKayla money, even though she does not want him around or his family. But, she managed to spend plenty of money spoiling herself after the birth of her baby. She still persists in wanting Caelan to hang around her instead of working to provide for his kids.

Blood boiling, the audience calls on TLC to remove McKalya from the show

Actually, nearly every scene with McKayla got Unexpected fans in a rage. Here are some of the comments from Twitter:

#unexpectedtlc #unexpected count me out on watching your show again. McKayla Adkins is out getting injections done , very obviously with the money you give her, because we ALL know she’s not working . School? Nope. Child Care? .nope ..Rent? Nope. Lip injections?! HELL YES! @TLC

Over on the Unexpected TLC: Discussion Group on Facebook, fans of Unexpected also boiled over with rage. A few excerpts include:

Many more fans condemned McKalya and her family and some called for a petition to have them removed from the show by TLC. So, if you have not yet seen this episode, prepare yourself. Your blood’s likely to boil as well.

Should they keep McLayla on the Unexpected show?

Did you watch the episode yet? Do you think the audience calls to get McKayla off the show is the right thing to do? As one fan said, at least the audience can root for Caelan and keep this story alive, after all. Perhaps it might help Cealan get some justice in the long term. Sound off your thoughts in the comments below.