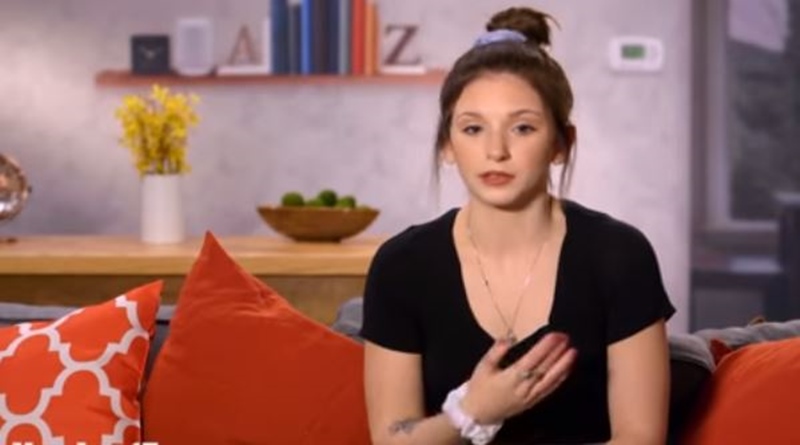 Unexpected star McKayla’s generally behaved badly with Caelan this season on TLC. Now, a preview of Sunday’s episode came out and we see her treat his mom badly. Caelan’s just over it all it and he gets fed up with McKayla’s attitude. In fact, fans of the show also become steadily fed up with her.

Unexpected‘s McKayla’s been around for a while, treating Caelan badly

Fans of the show know that despite giving birth to their son Timothy, she and Caelan had a rather rocky relationship. We saw them move in together, and then break apart again countless times. But they got a second child which was born in March. They split up because McKayla tried to prevent Caelan from seeing their new daughter Gracelynn. Then, they sorted that issue out, but their relationship remains unstable.

TV Shows Ace noted that fans hated the idea of seeing the couple back on Unexpected. Back in August, we reported on it. “McKayla resents Caelan who works hard to provide for his family. Plus, it boggles the mind that after the first unexpected pregnancy. She now blithely gets pregnant again as if she’s never heard of birth control. Her first baby, Timothy’s now two-years-old, but there’s a huge distance between Caelan and McKayla this time around.” Now, that distance extends to Caelan’s mom.

Caelan’s fed up with the way McKayla treats his mom

Pop Culture revealed the details of the next episode and it’s not likely to win McKayla any more fans. They reported that Caelan’s mom, Shelly Morrison went to the birthing center to meet her new granddaughter. This time around she knew better than to be there at the actual birth, but excited to meet the little one, she arrived to share a special moment with her son. However, McKayla acted up, making things rather unpleasant.

It looks like the Unexpected mom ruined everything for Caelan, as well. As the outlet notes, “as Caelan and his family coo over the new baby as McKayla stares daggers from the other side of the room.” In fact, she made things so uncomfortable, that Cealan blew his top to the cameras. He said, “When my mom showed up to the hospital, McKayla just was kind of being silent because she didn’t want my mom there in the first place.” He noted,” I just wanted it to be like a happy moment where I could be with my kids, but instead, it went to s—. It’s just a piss-off moment for me, it just pisses me off.”

Still furious, Calean feels she ruined the whole pregnancy and the birth of his daughter. “I feel like McKayla ruined the whole thing of Gracelynn’s pregnancy because of the fact that she wouldn’t let my family be there like they were for Timothy.” Well, you can imagine that the bad vibes didn’t pass unnoticed by his mom Shelly. In fact, she said, “my two moments as a grandmother and they’re all about ruined.” She also feels bad for Caelan as well.

However, Caelan’s done with it all. He’s really grumpy about it, noting, “I just don’t even want to sit here and talk about it because it just pisses me off. It just pisses me off, it’s stupid. It just makes me want to flip the f— out, like, honestly.” And, the reason McKayla’s being that way seems a bit childish. She says that she’s “uncomfortable with my kids being around her.” McKayla thinks Shelly said mean things during her pregnancies.

Caelan’s dealing with a sulky teen, no wonder he’s fed up

What do you think about all of this? Are you surprised that after two kids, McKayla still acts like a sulky teen? After all, was it necessary to treat Caelan’s mom so badly he’s fed up with it all? Sound off your thoughts in the comments below.

Remember to check back with TV Shows Ace often more news about and spoilers about Unexpected.