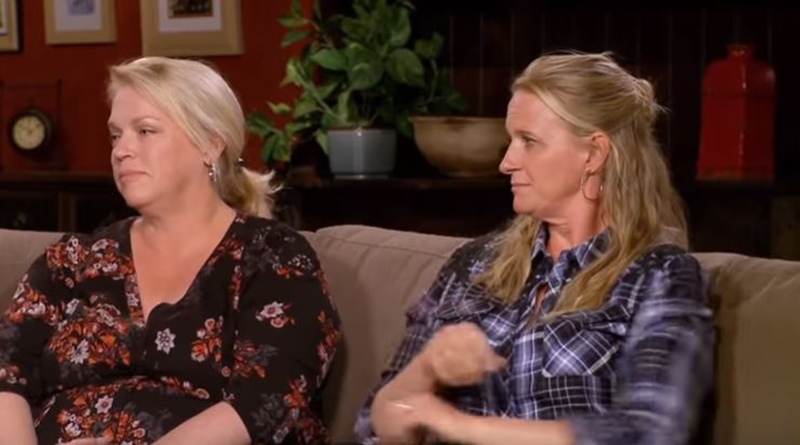 Sister Wives fans heard about the sorry saga of the homes the Brown family owned in Las Vegas, for months. Christine Brown’s home, in particular, seems jinxed as no-one wants to buy it. In June, TV Shows Ace reported: “in mid-April, Christine Brown’s original asking price was $675,000.” However, it never sold, so got dropped to $599,900. Then, we noted, “The latest price on Trulia‘s website shows it listed at $574,990 on May 29.” But it still never got a buyer, and now, they slashed the price again.

The move to Flagstaff also involved a lot of money getting tied up in the parcel of land at Coyote Pass. We saw the place in the last season of the show. And, to this day, it lies undeveloped. Even Kody Brown said that they needed to flip off the Las Vegas home fast if they were to survive the transition to Arizona. Well, Robyn’s home went first after a single price cut. That got followed by Janelle’s home, and finally, Meri Brown’s house. All of them got price cuts, but at least they sold.

But, for the Sister Wives family, possibly Christine Brown’s home’s been the most disappointing. Way back in April, “Christine’s house now sold for around $600,000 according to Ashleys Reality Roundup. ” However, it was not to be, and for some reason, that never happened. Radar Online recently tracked down what’s happening with the home after that disappointment. In their latest article, they reported, “Christine’s Las Vegas home is still on the market – and the family is taking desperate and drastic measures to ensure it’s sold fast.”

According to the Radar Online update, “On September 19, 2019, Christine cut the price of the 5-bedroom, 4-bathroom home by $25,000. It is now on the market for $549,900.” Plus, they note that it did get taken off the market for a while. But before that, the price got slashed five times. Now, the newest listing shows it’s down from the original asking price by $125,000. That’s a lot of money to lose on a home for the Sister Wives family.

However, there’s some money getting splashed on new property in Flagstaff by the Brown family. TV Shows Ace noted that the Daily Mail dished on Robyn Brown’s new home in September. “This is a 4,400 sq. ft. home in Flagstaff,” with “a four-car garage, five bedrooms, four bathrooms, and a huge kitchen. It sounds like a great home for the Brown family to get together. They paid $900,000 for this home.”

As for what happened the big home Kody Brown envisaged on their new property, nobody knows. What did emerge, is that earlier this year, they still owed some property taxes. Plus, we assume that Meri Brown’s still living in a rental, but not the one she originally stayed in. Christine Brown’s home is the last unsold house in Las Vegas. Do you wonder what the problem could be with unloading it on a buyer? After all, they slashed the price numerous times. Sound off your thoughts in the comments below.