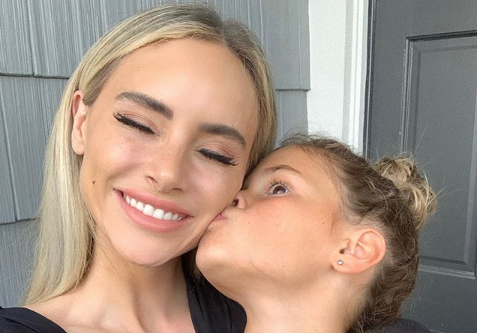 Most former Bachelor and Bachelorette contestants use the platform they’ve gained to move onto a business. Companies pay them a lot to promote their products on their social media as influencers. The following they gained as temporary reality television stars allows them to make a decent living. Amanda Stanton has attempted to do the same.

According to TMZ, former Bachelor star Amanda Stanton isn’t very good at it. There is now a boutique suing her for failing to correctly influence others with their product. The company, Moonstone Vintage LA said they gave her a gift worth over thirty-two hundred with the agreement she would share the store and all its glory to her million-plus followers.

Amanda Stanton has always been a point of interest for fans. She made it to the final four on her season of The Bachelor and got engaged on Bachelor in Paradise. The mom and actress has stretched out her Bachelor fame considerably with her own fashion company and a book Now Accepting Roses. In the book, she dishes on behind the scenes stories of reality television and the men that came along with it.

How Did Amanda Stanton Mess Up The Influencer Game?

Amanda Stanton took the purse to Coachella and was photographed with it. She posted to her Instagram, but she did not tag the company in the post. She kept the purse of course, which they think was not cool since she didn’t hold up her side of the bargain. So, they’re suing her.

To rub salt in the wound, Amanda Stanton posted two pictures with the purse and tagged several other companies. According to the company, she requested the mini backpack as an accessory for Coachella. It is rare and vintage made of black leather and quilted. The store delivered it from Santa Monica to the desert so she had it in time.

Moonstone is now suing the reality star for the price of the purse and shipping and handling. The price comes to almost five thousand dollars. A source close to Amanda Stanton said there was a miscommunication between her and the company. She didn’t have confidence in what she was doing and tried to negotiate to cancel the deal. The source said they’re trying to settle it privately. Amanda did tag the company two days after the post was initially made, but they said that wasn’t good enough to be an afterthought.