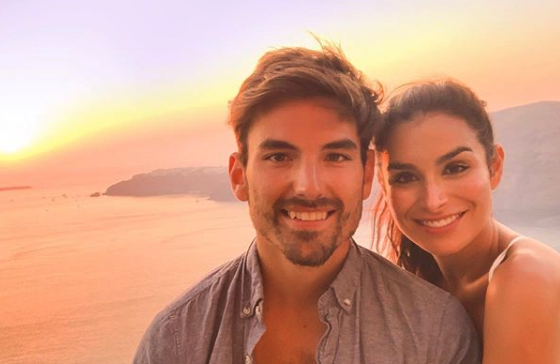 Peter Weber was announced as The Bachelor and there seem to be a lot of mixed emotions about it. Even alumni, Ashley Iaconetti, says she’s a bit disappointed in the selection for the new season. Only time will tell if he was the perfect choice for the role.

Asley Iaconetti on ‘The Bachelor’

According to ET Canada, Ashley is a little disappointed that Peter Weber, AKA Peter the Pilot, got chosen as the leading man in the new season of The Bachelor. Leading up to his announcement, there was so much back and forth over who would get the role. It seems a lot of people were hoping it would be Mike Johnson.

This includes Ashley’s husband, Jared Haibon. Apparently, she was surprised that Mike wasn’t chosen. however, he knows there was probably a reason that Peter was picked instead.

“I’m a little shocked that he’s not the Bachelor,” Jared said. “I’m not doubting the choice.”

Ashley agreed, saying she also doesn’t doubt the choice, she’s sure he will do great in the role.

However, she also admitted to not knowing him very well. She says he was nice and sweet from what she saw, but she doesn’t actually know Peter. This could really be affecting how she feels about him as The Bachelor. All of this has led to Ashley being a little disappointed in the choice.

“I’ll be honest, I feel like I have not for quite some time felt so detached from a choice for the Bachelor,” Ashely said. “He was very nice on his season, but I don’t know that I know him very well. He’s just been sweet and lovely, but I don’t know him,” she said.

This totally makes sense. Hopefully, he can prove her wrong though and make it clear that he was actually the perfect choice.

“I’m actually a little disappointed, but like, that’s no offense to Peter,” she continued.

Had a blast dancing the night away at our Soc Hop for @seedtomountain 💃🕺🏼:📸 @dcphotocantu

Mike goes on a date

Mike Johnson does seem to maybe have Demi Lovato though, so maybe everyone should calm down a bit. They actually even went on a date together. To get to go on a date with Demi is not a small thing. There could really be something going on there.

Do you agree with Ashely on the decision of Peter as The Bachelor? Let us know what you think in the comments. Be sure to watch the new season that airs in January.

Heartbroken Savannah Chrisley Raises Awareness: #JusticeForGabbyPetito
Why Kim Kardashian Claims She Is Moving Out Of Her $60M Mansion
‘RHONY’ Season 13 Reunion Canceled: What Does This Mean For The Show?
‘Below Deck Med’: Captain Sandy Didn’t Know The Whole Story About Lexi
‘BIP’ Spoilers: How Did Ivan Hall Break The Rules?