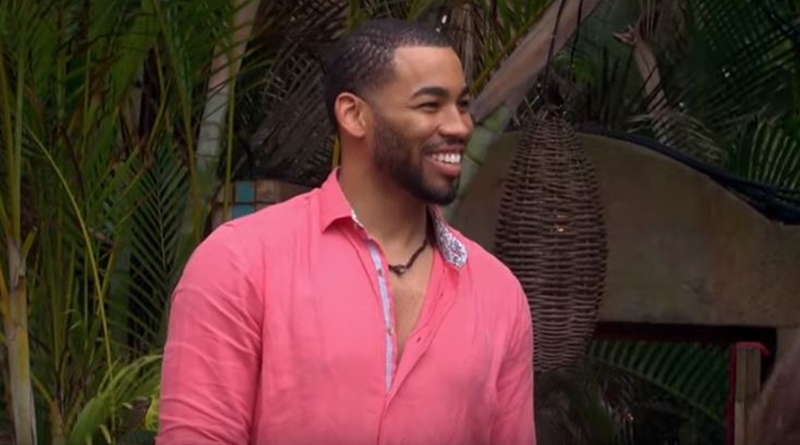 The Bachelor brings a new lead man, Peter Weber. Mike Johnson spoke about that at the 2019 iHeartRadio Music Festival at T-Mobile Arena in Las Vegas on Friday. Fans recall Mike Johnson from the Bachelorette Season 15 and Bachelor in Paradise Season 6. Mike’s never been chosen as The Bachelor, and if he did, he’d be the first African-American to star in the role. But, he’s not upset about it, and actually feels quite happy for Peter Weber. He also dished a bit more about him and Demi Lovato.

The Bachelor lead, Peter Weber not an unhappy choice for Mike Johnson

E!News spoke to Mike Johnson, the veteran from the Airforce, and singer. Well, of course, Pilot Pete and Mike have something in common with their background in aviation. And, it seems Mike harbors no bad feelings about the ABC Bachelor Nation choice. He told the outlet, “I’m so happy that Peter is the Bachelor.” Like many fans of Hannah B’s The Bachelorette, he thinks “he’s really sexy when he has a 5 o’clock shadow.”

He adds that he’s got “nothing against ABC what-so-ever.” On the next season’s The Bachelor, he also said, “I mean, they did a wonderful job on choosing Peter for what they want.” While Mike “would have loved to have been the Bachelor,” he notes what his mom told him. “God has a plan for me. And so I’m happy where I’m at,” he said. Actually, he’s either a really great sport or he genuinely believes that what will be, will be. This is despite the fact we reported he took a bit of a blow when he heard the news.

In the same interview, Mike came across a bit more reluctant to talk about dating rumors with Demi Lovato. He noted that he didn’t want to “pressure” her. But, in the public eye, there’s always pressure. So, he spoke a bit about it. On their relationship, he said, “I’m just getting to know Demi. I think she’s absolutely fantastic and I don’t want no pressure on her, no pressure on me, we’re just trying to get to know each other.” He’s pretty certain that’s about it for now, even though he’s not dating anyone else right now. He confirmed, “It’s just Demi. That’s the only person I’m talking to.”

Rumors about Demi and The Bachelor hopeful emerged after E!News reported about Demi and Mike. They wrote about how a source stepped up after the pair started getting a bit “flirty on the IG accounts. Their source said that ‘Lovato and Johnson ‘have been texting’ since their date and are ‘definitely interested in each other.'” Additionally, there’s been ‘an instant connection…She always had a huge crush on Mike.'”

What do you think about Mike Johnson feeling “happy for Peter Weber?” Do you think he’s dealing with it very maturely? How about him and Demi Lovato? Would you enjoy seeing them find happiness together? Sound off your thoughts in the comments below.

Remember to check back with TV Shows Ace often for more news about The Bachelor Nation.