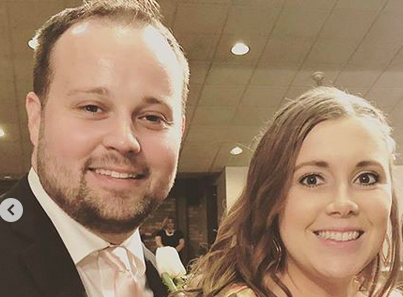 On social media, the Duggar family members keep fans up to date. One family member who has not been so prominent on social media is Josh Duggar. If you’ve been a fan of this family for a while, you might remember hearing about Josh’s rough history. Now, it seems like things are going well for him. He and his wife are happily married. Right now, Josh and Anna have five children together, including Mackynzie, 9, Michael, 8, Marcus, 6, Meredith, 4, and Mason, 2. They also have one more on the way. Anna is due in November.

On Anna’s Instagram page, she posts all about their kids and the adventures they’re going on. She shares about family nights with the rest of the Duggar family. She also shares the trips they take to zoos and other fun places. Fans love to keep up with Josh and Anna’s family on social media.

We enjoyed a visit to the St. Louis Zoo on our way up to Oshkosh, Wisconsin last week! It’s always exciting to see the different animals and the kiddos love it! This time through the zoo we kept a list of the continents the different animals were from — it made for fun trivia the rest of our road trip reading off the names of the different creatures and guessing which continent was their natural habitat! #stlouiszoo #littleduggars #Josh #Anna #Mackynzie #Michael #Marcus #Meredith #Mason #Maryella #Duggar #zoo #memories #familytrip

Due to Josh’s history and everything that happened, fans don’t see a lot about him on social media. Occasionally, Anna will share a post that features her husband. Fans believe that Anna has kept him out of the posts as a way to prevent unnecessary criticism about his past. It seems like posts including Josh are becoming more frequent though.

On Saturday, Anna posted a new series of photos on Instagram. She writes, “Fun family night at the @arkrazorbacks game tonight in Fayetteville!” Her first photo is a family photo, which features the four oldest children, herself, Josh, and a family friend, Laura DeMasie. She also shared a photo and a video of the football game.

In the comments section of the post, one fan asked about baby Mason since he is not in the picture. In response, Anna wrote, “Mason stayed with a baby sitter… kinda hard for a toddler to sit through a late game.”

Many Duggar fans in the comments are talking about how much they love this new family picture. They have been commenting on how beautiful the family looks and how big the kids are getting.

Several have also expressed that they are happy to see Josh in the family photos again. Many fans are also praising Anna for her bravery and for forgiving Josh.

What do you think of this new picture of Josh and Anna’s family? Do you agree with fans? Leave a comment below!

Counting On will return to TLC on Tuesday, October 15.