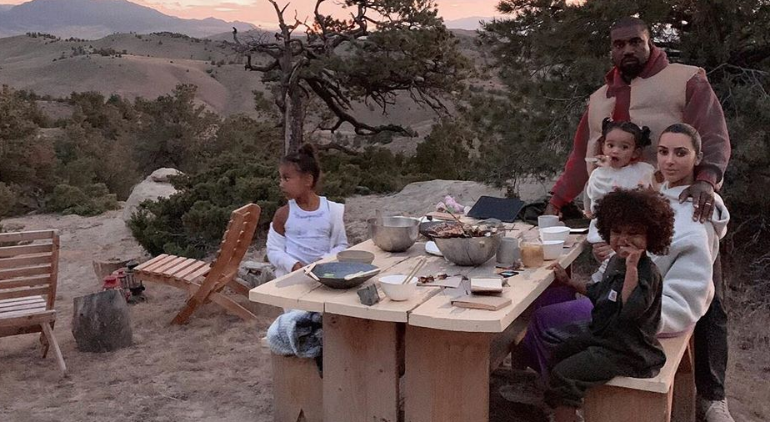 Kanye and Kim Kardashian West have been accused of being bad neighbors before. Now they’re taking that title across the country to Wyoming according to Cosmo.

The state of Wyoming isn’t pleased with the way the reality star and her musician hubby have been treating the local wildlife. The Cheat Sheet reported the rapper bought a ranch in the town of Cody. A source even said the couple was looking for elementary schools. Kim had given interviews saying the family wanted more privacy so she could focus on her law career.

The property cost fourteen million for 4500 acres, reportedly he didn’t pay that much, but most likely he paid a hefty amount. There’s eight lodging units, a restaurant, an event center, two fresh water lakes, and barns with horses on the property. All those lavish birthday parties could be thrown from their own house. The property, Monster Lake Ranch, will serve as a private home for the family. Kim has posted pictures of the kids riding horses while she leads them, they’re really embracing ranch life.

What Did Kanye And Kim Kardashian West Do To The Antelope?

The range near their property is flat and a great place to ride ATVs. It’s also where the antelope loves to roam. In the video Kim Kardashian West shouts, “I think you’re scaring them.” In the video below you can see the antelopes running as Kanye drives the ATV. It could be construed as chasing them if you watch, but the antelopes are running beside the ATV most likely trying to get away.

TMZ talked to the Wyoming Game and Fish Department and they said the state prohibits what they consider the animal harassment they were doing. Someone in Wyoming reported Kim’s video and several angry calls came in from people who lived in the area and were concerned. The wildlife authorities made their way to Kanye’s property manager to make sure everyone knows what the wildlife rules are.

A source said they slowed down soon after the video  to let the antelopes go on their way. It wasn’t really that they were chasing them, they were just along their ATV route. Either way, they didn’t get in trouble because no one filed a formal complaint. The couple has been sharing a lot of snaps of their stay in Wyoming. Harassing animals is not the first impression they wanted to make on their new neighbors.