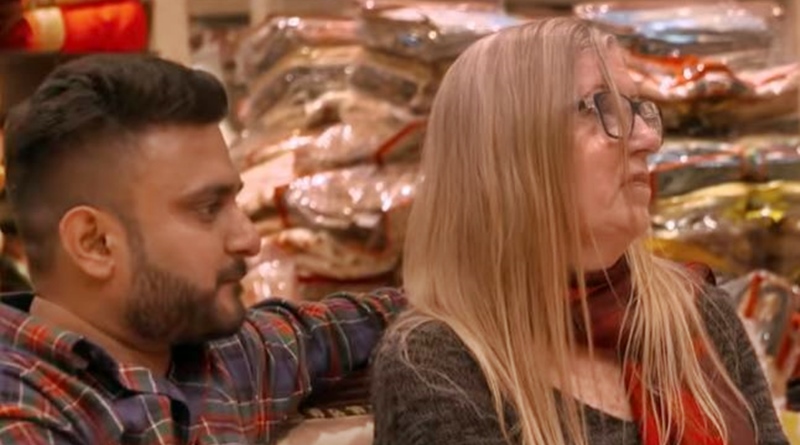 90 Day Fiance: The Other Way Season 1 got a lot of attention from TLC fans. The season’s not fully played out, but rumors already arise about Season 2. No official announcement of renewal was made but leaks filter out that some couples already started filming. The news reveals that Jenny and Sumit and others return. Who is the other couple?

90 Day Fiance: The Other Way Season 2 brings some old couples, Sumit and Jenny

Fans of the TLC show know that quite often we seen old couples return in other spinoffs, or in subsequent seasons. Angela Deem and Nicole Nafziger come to mind, of course. Now, it looks like Sumit and Jenny return in the next season of the show. Actually, the news leaked by @fraudedbytlc, suggests one couple’s already filming. They shared the news on their popular Instagram account. They posted up about Season 2, “What I have confirmed about the cast of 90 Day Fiancé The Other Way Season 2 signings. One is already filming. I am not sure about the other.”

The second pic in the post reveals Jenny and Summit at the top of a list of two 90 Day Fiance couples. Perhaps we shouldn’t be totally surprised about Jenny and Sumit returning to the show. Although the big reveal came out that Sumit already married, Jenny’s IG suggests they remain together in India. Fans hate on Sumit right now for hurting Jenny. TV Shows Ace reported on the secret that came out about him already married. Fans seem quite disgusted with him. But, that brings controversy and a ready audience to diss him again in Season 2.

Other couple rumored for season 2

The other names that @fraudedbytlc came up with are Jihoon and Deavan Clegg. Fans liked Jihoon, loved their new baby, and scathingly slammed Deavan. Certainly, they don’t seem like the most hated couple on the 90 Day Fiance: The Other Way show, but Korean life looks interesting. Monsters and Critics noted, “Jihoon is a huge fan favorite for his quippy one-liners and childlike personality.”

On IG, some fans hoped for a return of Avery and Omar, but as was pointed out to them, that couple’s not on The Other Way, but star in Before the 90 Days. It becomes apparent that @fraudedbytlc might dish a bit more in the future. According to them, regarding questions about Deavan and Jihoon, they said, “I can say there is some good stuff coming!” They also noted that while some people found Deavan and Jihoon a bit boring, “Not everyone can have “Sumit was married” level drama!”

Of the new couples, no leaks emerged yet, but they surely should leak sooner later. In the meantime, what do you think of the rumors that Season 2 brings back Jenny and Sumit and Jihoon and Deavan? Sound off your thoughts in the comments below.

‘DOOL’ Week Ahead Spoilers: Allie Can’t Believe Her Eyes, Abby Still Salty?
‘Welcome To Plathville’: Is Ethan Unhappy With Who Olivia Is Becoming?
Jessica Batten Of ‘Love Is Blind’ Gets Happily Ever After
Lauren Bushnell Dishes On Postpartum Depression
‘B&B’ Weekly Spoilers: Quinn & Carter On Again, Steffy & Finn Get Closer