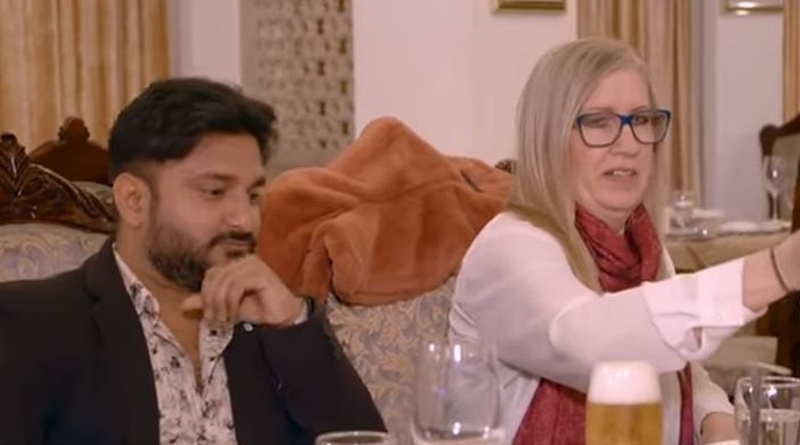 90 Day Fiance: The Other Way, much like other TLC shows in the franchise brings people with secrets. We know Sumit’s got a secret and fans hope he doesn’t hurt Jenny. The recent episode of the show didn’t reveal that secret, so across social media, people speculate about it.  Many of them speculate he’s secretly married already. Some of them play guessing games, wondering what his endgame really is.

When fans say Sumit’s got a secret, they’re not talking about the fact her parents don’t know she’s with him. There’s a deeper secret than that, TLC promises. Frustrated that in the previous week’s episode we never saw the couple, fans hoped this week’s episode would reveal it. But, that never happened. Frustrated fans now theorize what it is. And, that’s the type of hype that brings fans back to 90 Day Fiance week after week.

What we do know is that Sumit left Jenny in Mumbai and went off to see his parents. Similarly, he claimed it was because he worried they might come to Mumbai and discover them together. Jenny was super-unhappy about it. And, from her point of view insecurity must trouble her.

@KayplusK pointed out on Twitter, “What is Sumit’s scam? Jenny is broke, old, and has no plans to bring him to America. So what’s his endgame?” Well, so far that remains a mystery.

Possibly it’s impossible to figure out some of the motivations and endgames amongst the 90 Day Fiance franchise cast. However, figuring out a secret’s enticing and fun.

As @EllaPea1said, “What the hell @TLC? Last week’s preview showed Jenny having a meltdown. Where was our meltdown?? I need to know what Sumit is hiding!” So, without further ado, let’s look at some of the fan theories.

The most common theme is that Sumit’s already married.

However, Monsters and Critics noted,” Jenny had gone to India before the pair appeared on 90 Day Fiance: The Other Way and she’s met the parents.” Plus, they noted that neither Jenny nor his folks liked each other at all. That seems to be the main stumbling block for Sumit. So, “it’s not very likely that he’s actually married to someone else at this point.”

Is the secret that Sumit is already married???? I’m so worried!! #90Dayfiance #90dayfiancetheotherway pic.twitter.com/mfbBdyEZYm

Could Sumit’s parents have arranged a marriage?

Arranged marriages in India are not all that uncommon.  @SkyLark31630414 probably hit the nail on the head. They posted, “#90dayfiancetheotherway: Sumit is probably having a marriage arranged by his parents.” That’s far more likely than him already having a wife.  Actually, it’s possible his parents already know Jenny’s in Mumbai. Perhaps they will use their own traditional culture to cut his current path with a foreigner.

I think Sumit is actually engaged to someone else that his parents picked #90dayfiancetheotherway pic.twitter.com/40EzHDfPT9

What do you think? Do you think it’s quite possible that Sumit’s tied into an arranged marriage?

He might not be married yet, but that could well be his secret that keeps fans guessing. Sound off your theories in the comments below.