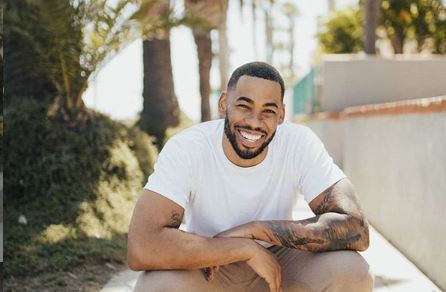 There was a lot of talk about who would be cast as The Bachelor 2020. Mike Johnson was one name that was being thrown around. Peter Weber ended up being cast, though. Now, Mike is speaking out about the moment that he found out he wouldn’t be getting the job.

Us Weekly shared what Mike Johnson had to say about not being picked as The Bachelor 2020. Mike did an appearance on the podcast the Bachelor Happy Hour With Rachel & Ali. He told co-host, Rachel Lindsay, that he found out “right before going onstage” for the Bachelor in Paradise Season 6 reunion. He admitted that he “didn’t want to be there at all.”

It sounds like Mike Johnson really wanted to be cast as The Bachelor. Since he didn’t get the job, he seems to be moving on just fine, though. Mike recently went on a date with Demi Lovato. He really had hoped to become the first black lead on the show, though. Mike shared a bit more about how he found out.

“I found out in the trailers, you know, right before you go on [the] Bachelor in Paradise reunion and I knew it. I already knew in my head. Yes, I wanted to be the Bachelor. Yes, I auditioned to be the Bachelor. I went in there with the right intentions of wanting to find love [and] wanting to be true to myself. You might have seen do-rag king come back. I had a list, a word document, of the type of women I wanted, what I was scared of [and] what I wasn’t scared of.”

Peter Weber will be the one trying to find love. The spoilers are coming out about the girls that have been cast on his season already. He should start filming any day now and of course, TV Shows Ace will be sharing spoilers.

Don’t miss watching The Bachelor 2020 when it starts airing on ABC in January. Hopefully, Peter Weber will be able to find love.