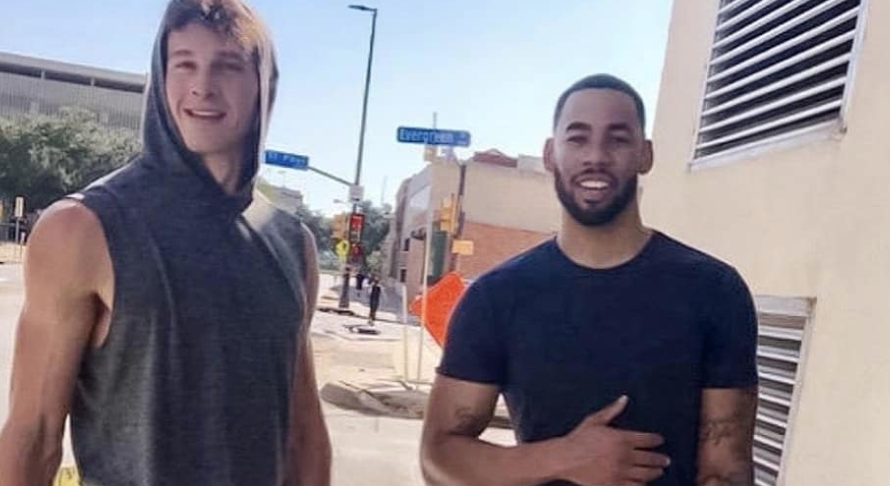 Mike Johnson may not be The Bachelor this season, but he is still going on dates. Not just with anyone, but with major international pop stars. No big deal.

Mike Johnson has been flirting on Instagram with Demi Lovato for a while now. Demi fell in love with Mike when he was on Hannah’s season of The Bachelorette. Then, he went onto Bachelor in Paradise. Meanwhile, Demi commented on his posts and he commented on hers. Now, normally that’s not a huge deal. But, when you have someone THAT famous commenting on your stuff, maybe you should take it seriously.

Well, Mike did take it seriously. Apparently, after BiP he and Demi actually went on a date together Yahoo says. While he didn’t say a lot, what he did say was pretty cute and powerful. He is simply talking about how amazing Demi is as a woman. There’s basically no bigger compliment.

“Demi Lovato and I went on a date. The woman is quite astounding and amazing,” Mike said carefully. “And that’s all I’ll say on that.”

This is my biggest fear. A photo of me in a bikini unedited. And guess what, it’s CELLULIT!!!! I’m just literally sooooo tired of being ashamed of my body, editing it (yes the other bikini pics were edited – and I hate that I did that but it’s the truth) so that others think I’m THEIR idea of what beautiful is, but it’s just not me. This is what I got. I want this new chapter in my life to be about being authentic to who I am rather than trying to meet someone else’s standards. So here’s me, unashamed, unafraid and proud to own a body that has fought through so much and will continue to amaze me when I hopefully give birth one day. It’s such a great feeling to be back in tv/film while not stressing myself with a strenuous workout schedule before 14 hour days, or depriving myself from a real birthday cake rather than opting for watermelon & whip cream with candles because I was terrified of REAL cake and was miserable on some crazy diet shit. Anyway, here’s me, RAW, REAL! And I love me. And you should love you too! Now back to the studio.. I’m working on an anthem.. 🙏🏼🙌🏼🤷🏻‍♀️ also. Just so everyone’s clear.. I’m not stoked on my appearance BUT I am appreciative of it and sometimes that’s the best I can do. I hope to inspire someone to appreciate their body today too. 💗 #nationalcelulliteday #celluLIT 🔥🔥🔥

While Mike himself didn’t open up on whether there are more dates in the future with Demi, a source says that they think there will be a second date. They would honestly be one of the coolest couples to come out of the Bachelor Nation. It would certainly make Mike not getting to be The Bachelor worth it.

Mike loses his shot at being ‘The Bachelor’

Mike has unfortunately not been chosen for The Bachelor this season. However, he’s still taking everything with a light heart. He even joked that he could’ve done better than Peter Weber during the ‘windmill’ scenes with Hannah Brown.

According to Mike, he has more stamina and could’ve gone even longer. Good for you Mike! So glad to hear it!

It’s good to know that Mike isn’t completely devastated that he didn’t get cast. He is clearly doing pretty well for himself. Hopefully, it only goes up from here and he can continue to do things that make him happy. He is a great enough guy that he does not need TV to make women fall in love with him. Nevermind the fact that he has a HUGE following now.

Be sure to watch the new season of The Bachelor starting January 6th. With Peter Weber as the star, you certainly don’t want to miss out.