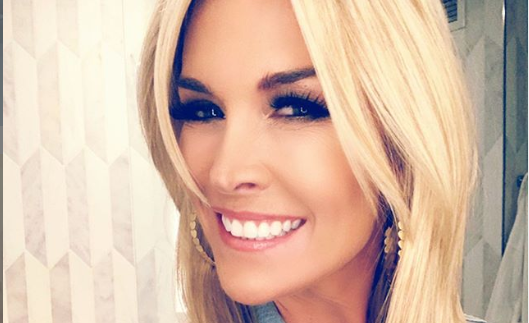 If you have drama, the best place to air it out is when you’re at a STOMP Out Bullying event. At least that’s what Tinsley Mortimer and Dorinda Medley decided to do. Apparently they had a rough fight and several people plus the cameras of RHONY caught it.

The event for STOMP Out Bullying, put on for Luann de Lesseps drew a crowd. In the history of the show, Tinsley and Dorinda have been cordial. When Tinsley started the show she lived in Sonja Morgan’s townhouse. After some tension Dorinda sided with her.When Dorinda was uninvited to a party unless she apologized to Luann Tinsley supported her. Since they’ve never really had issues, fans are wondering what could possibly cause such a conflict.

Dorinda Medley hasn’t had the best couple of weeks after a comment she made at Fashion Week landed her in hot water. Along with Sonja Morgan they were dragged pretty hard for their insensitive comments. Now, it’s anyone’s guess what this argument is about. It could be something simple. Recently the news broke that the two were fighting over Mortimer lying about breaking up with her boyfriend. According to the Inquisitr, Medley thought she was pretending to keep him off the show.

A person on the scene said that Tinsley seemed really upset about whatever the fight was over. She reportedly wiped her eyes as she left the event with Leah McSweeny.

Girls have been selfie posing since the 17th century!😂 🖼 🤳🍸 #twinning 👯‍♀️

Other Housewives Were There To Support As Well

Ramona Singer and Sonja were present and watched Lesseps host a comedy show. Luann was eating it up saying, “I love that they’re all here for me, and for a great cause!” Then seemingly addressing the drama she said they can fight but still do the right thing. Of course they came out to support her.

Sonja agreed saying they always support each other. As soon as the episode with the fight airs everyone will know what it was about. Until then fans are left speculating and wondering if Mortimer did indeed break up with her boyfriend. Needless to say the anti-bullying event is a strange place to get into it, but sometimes you just have to get it off your chest.