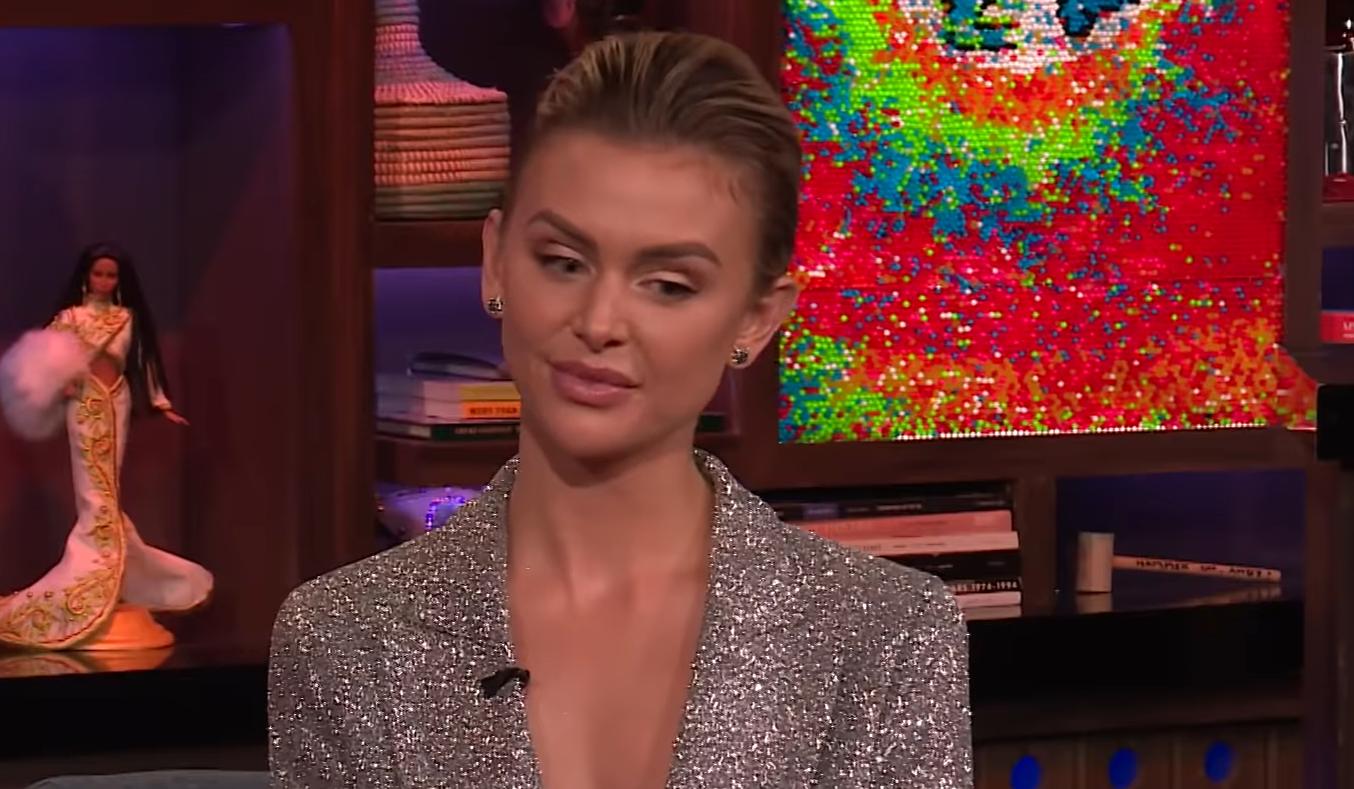 Lala Kent of Vanderpump Rules made the mistake of saying she dinged 50 Cent’s ego when she went on Watch What Happens Live with Andy Cohen. Now the rapper has launched an Instagram campaign slamming her and her fiance. The original feud started because Randall borrowed money from Curtis ’50 Cent’ Jackson on the set of their show Power. After that he saw him buying lots of lavish gifts for Lala without paying him back. That’s when it originated. Then the whole thing was squashed when Randall paid him back.

Lala just had to take one little dig at 50 and all hell broke loose. Once she said something about him he went off. 50 Cent posted pictures of her next to pictures of the Horror doll Annabelle. He said she was a drunk and accused her of doing coke. The rapper made fun of Randall’s appearance and their relationship. He didn’t go easy on her at all.

Lala Kent Posts Statement About Her Sobriety On Instagram

In her post, she said her sobriety is something she is proud of and she continues to work on. She’s never done cocaine and only abused alcohol. Kent said she’d been slammed and people were asking her how she kept her head up. She said it’s simple, “I know real life from the illusion of social media.” Comparing the rapper to a cyberbully she implied what she said wasn’t close to what he was saying now.

According to Hollywood Life a source said, “Lala feels like 50 hit below the belt when it comes to her sobriety.” The source also said Lala will not be apologizing and thinks he should apologize to her. She is unable to believe he would sink so low.

She continued saying she knows what real earth-shattering news is. Having your brother call to tell you your dad passed away, that’s earth-shattering, people calling you names is not. Lala Kent then turned it around to let those people who are dealing with cyberbullying, that they are not alone and she stands by them. Her fans supported this message with over 60,000 likes.

Just because Lala accused him of being a cyberbully does not mean 50 Cent is going to let up. He just today posted a new comparison photo between Randall and Fred Flintstone with the caption, “twinning.” The provision in the contract he signed when Randall paid him back the money said he could retaliate in anyway if Randall or Lala Kent said anything publicly about him. Lala saying she bruised his ego just gave him the green light.

Don’t miss Lala Kent on Vanderpump Rules when it returns to Bravo.