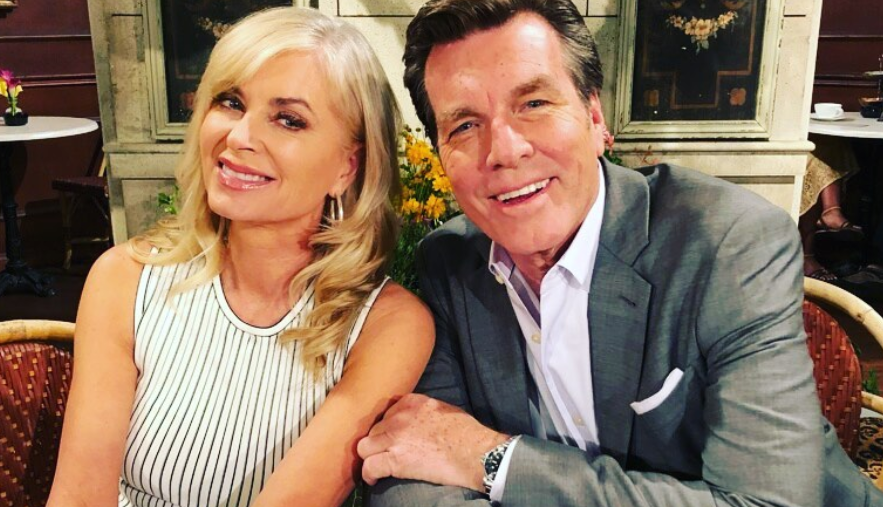 Former RHOBH star, Eileen Davidson went on Andy Cohen and shaded Lisa Vanderpump. She got asked her opinion on several of the housewives and she didn’t hesitate to let Andy know exactly what she felt. Eileen went on the show to promote her new movie and weighed in on everything from Puppygate to Rinna and Kim Richards’s fight.

In the video you can see below, Davidson tells it like it is. She looked stunning in a black halter dress and chic updo. The first thing Andy asked her according to Too Fab was who was more in the wrong in ‘Dog Gate’, Lisa or Dorit. She said Lisa Vanderpump with a nod and a smile. Her co-interviewee June Diane Raphael said, “she said it, she said it.” The audience cheered.

What Other Questions Did Eileen Davidson Answer About The Hills

In a game called Spill on the Hills, according to US Weekly, Andy asked her a few more questions about the cast of RHOBH. He asked her if she would co-sign on Camille Grammer talking out both sides of her mouth and being unreliable. She said she didn’t like that and she does like Camille.  He said you and Camille are buddies and she stated she liked her but preferred straight shooters. She was asked if the beef between Lisa Rinna and Kim Richards was gone, she said no.

Cohen asked, “thoughts on LVP ditching the reunion and quitting the show?” Eileen didn’t hesitate when she said it was a p***y move. When he asked if Kyle and Lisa could be friends again she said she thinks they’re done. She air-quoted their friendship as she said she’d heard a lot about it.

In the same Interview, Andy had a staff member from Miraval in the Clubhouse with the bowls. The same type of bowl Shannon Beador had on her head when Kelly Dodd hit her with the mallet on RHOC. The staff member said to please let her offer some guidance so they didn’t have a repeat of Shannon’s episode. The bowl was placed on Eileen’s head who kept saying, “show me what Kelly did.”

June Diane said I don’t think they can show you that. Lastly, a caller asked her what it would take to get her back on the show and she started with a smart answer saying, “huh let me think.” Then she said, “I might pop in now and again. You never know.”