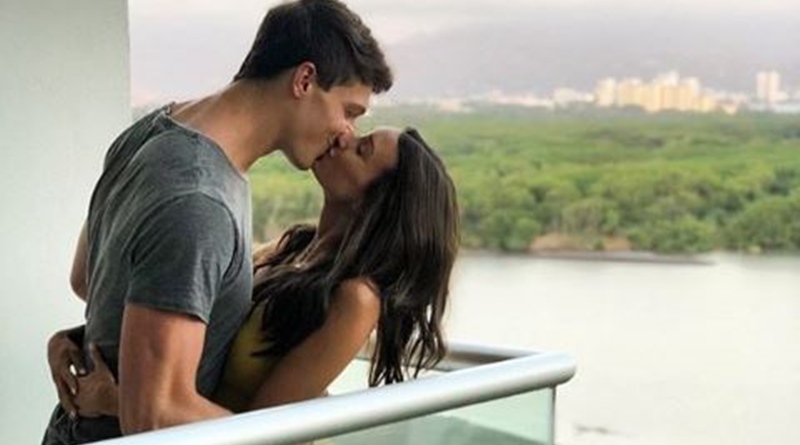 Bachelor in Paradise fans nearly got some good news about alums Connor Saeli, Whitney Fransway. Well, they did, very briefly and now it looks like it’s all over. The couple who started dating two months ago already split. Fans know the couple didn’t get together the traditional way things happen on the show. In fact, they met at the wedding of  Chris Randone and Krystal Nielson. That happened before they went on TV this season. So what went wrong?

During the season, we saw Conner getting close to Cealynn Miller. But, Dean Unglert stole her away and left him saddened. But, he knew Whitney Fransway, from Nick Viall’s The Bachelor, might arrive on the beach too. We saw him talking about the possibility in the show, and he went on about how difficult the few days waiting were. He kept hoping she would appear. In fact, he felt so strongly about it that he even considering leaving if she never arrived. He said, “I genuinely came here to find someone to find love, and if that’s not happening, I don’t want to be here.”

Well, he left and just at the wrong time, as Whitney arrived. Anyway, she headed over to see him and it turned out that all he wanted was for them to have a date. Later, he shared a photo of them together kissing passionately. Fans loved it but sent him heartfelt messages hoping it would all work out. One Bachelor in Paradise follower said, “My heart is BROKEN hmu if it doesn’t work out but wish you the best.”

What went wrong with the BiP lovebirds, Saeli and Whitney Fransway who split after two months?

People reported on the split, noting that Connor spoke about it. He said, “I was so excited to see her show up at my room,” adding, “After that, we got to spend a couple of days together in Mexico to get to know each other, and it was really cool.” He even flew off with Whitney to Los Angeles and “got to meet a bunch of her friends.” He noted things were “going really great.”  However the inevitable “but” came next.

But it seems that as they tried on a long-distance relationship, it never really worked. In fact, they pretty much rushed things because of the Bachelor in Paradise show, which means they “missed important steps” in their relationship. In fact, they hardly knew each other.  Connor noted, “the fact that we had to be private about it (while the show was on) made it even harder.” But now, they pretty much decided that the relationship’s not going the way that they feel happy about. Also, it looks like the split comes with no hard feelings.

What do you think about Connor Saeli and  Whitney Fransway splitting after just two months? Do you hope in the future, they might consider getting back together? Sound off your thoughts in the comments below.

Remember to check back with TV Shows Ace often for more news about the cast of Bachelor in Paradise.

Wait, Why Isn’t A New Episode Of ‘Seeking Sister Wife’ On?!
Mike Youngquist’s Uncle Beau Gets Brutally Honest, Natalie Is A Slob
‘Too Hot To Handle’ & ‘Love Island’ Premieres Will Battle For Views
THAT’S A WRAP! ‘LPBW’ Filming Complete: Is The TLC Series Finished?
‘Bachelorette’ Fans Asked, We Answer: What Does ‘Sex-Positive’ Mean?