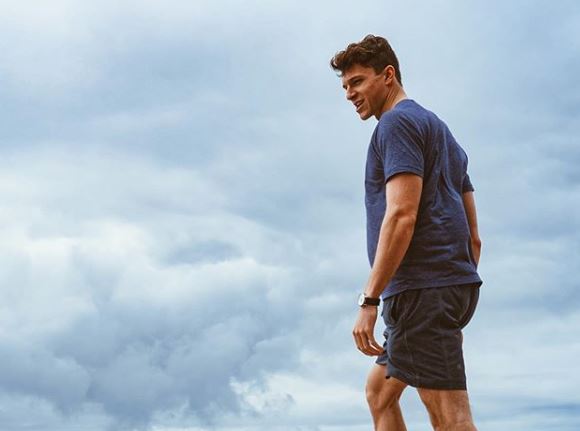 Connor S and Whitney have intense chemistry due to crazy good looks. But, they also have an exciting story to tell their future kids and grandchildren. That is, if they do stay together for the long haul.

Producers brought Whitney Fransway to the beach moments after Connor Saeli left because she never came. While some fans thought it felt staged, it was layered with drama. It has since been compared to Rachel and Ross in the Friends Season Finale.

Read the Handwriting on the (Social Media) Walls

Connor tweeted a pretty optimistic sentiment after final last episode of Bachelor in Paradise aired. He said, “It all worked out in the end,” with a happy face emoji.

It seemed like a pretty good sign that things are working out him and Whitney. In addition, he retweeted a bunch of praise for him and Whitney. He also tweeted that he’d been planning on sending Whitney a DM on Instagram right before they reunited. So, after the show, they were bound to hook up regardless. In addition to his positive tweets, he posted a romantic photo of himself and Whitney kissing on Instagram, captioned, “See ya later, Paradise.”

Whitney isn’t beating herself up for chasing after a guy. If she had been rejected, she wouldn’t have posted this image along with “Be bold; otherwise, you might regret it. #bachelorinparadise”

Do We Hear Wedding Bells in the Distant Future?

And if those tweets and romantic photos weren’t enough positive evidence, wait there’s more. Most importantly, according to Reality Steve the two are still together. It will be interesting to see how it all turns out and what they have to say on the reunion when it airs next week. After that, it is time for Dancing With the Stars.

The Bachelor in Paradise Finale/Reunion airs on Tuesday, September 20. There will be no BIP this Monday, September 19 as its the season premiere of DWTS starring Hannah Brown.

My 600-Lb Life Star Angela Gutierrez: 2021 Update
Does Colton Underwood Have A Boyfriend? (No, Not The Plant)
WOAH!!! Sabrina Burkholder Stuns With Before & After Picture
Viewers Are Here For ‘Thicc B*tch’ Corey Of ‘Too Large’
Candace Cameron Bure Puts On A Leggy Display At The Poolside