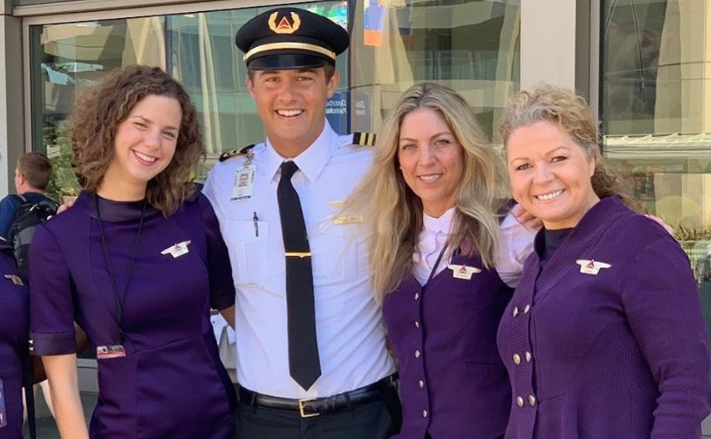 The new Bachelor has been announced and while some fans are thrilled others are disappointed. Lots of them had other men in mind, namely Mike Johnson who would have been the first African American Bachelor. Still, the announcement has been made and information about the contestants has been released. The new guy will be Peter Weber in Season 24. According to the Cheat Sheet, fans are already noticing how different Peter is from those who came before him.

One big difference is his social media account. Bachelorette contestants of the past have been really active on social media after the show, but he hasn’t. His feed is just his family and work. He hasn’t started plugging anything or made moves to become an influencer.  He’s doesn’t appear to have changed his lifestyle much from his time before the show.

Keep Climbing🔺If we could fly you anywhere in the world, where would you like to go??

Why Peter Weber Isn’t Like The Twenty-Three Before Him

Some fans think the reason Peter Weber isn’t active on social media is because of his job. He’s a pilot with Delta and loves it. He started on Instagram about the job, “I feel like a little kid right now and I’ll never forget this feeling.”

He’s probably so busy flying he doesn’t have that much time to post on social media. He has had a bit of controversy since being on the show in the form of his ex-girlfriend Calee Lutes. She said he betrayed and left her to be on the show. Lutes said he didn’t do it for the right reasons.

Peter Weber denies those accusations and said the end of the relationship had nothing to do with the show. He said the interview and casting took place after they had already broken up. Fans mostly dismissed Calee’s accusations and still support Peter moving forward as the new guy.

Weber weighed in on his time with Hannah Brown and what he learned from her.

Weber stated, “From night one with that first toast to the very end when I said goodbye to her, she was 100 percent unapologetically herself, and I love that.” He said he wants to carry that with him on his Bachelor journey.

Peter Weber expressed his expectations and hopes for his season saying, “I have truly, my entire life, looked forward to finding my girl, and that first person that I cannot wait to spend the rest of my life with.” He says he feels very grateful and it’s still hitting him how life-changing it is. Fans will look forward to seeing what he can bring to 2020.

What do you think of Peter as the new Bachelor? Let us know in the comments below!

‘LPBW’: Why Tori Roloff Doesn’t Clap Back At Mom-Shamers
Astrid Loch Bump Watch, ‘The Bachelor’ Star Is Popping
Todd Chrisley Talks About People Who Stab Him In The Back
Pastor Jeremy Vuolo Preaches Sermon To Brother-In-Law Josh Duggar
Carly Waddell Rushed To Hospital, Evan Bass By Her Side, What’s Going On?