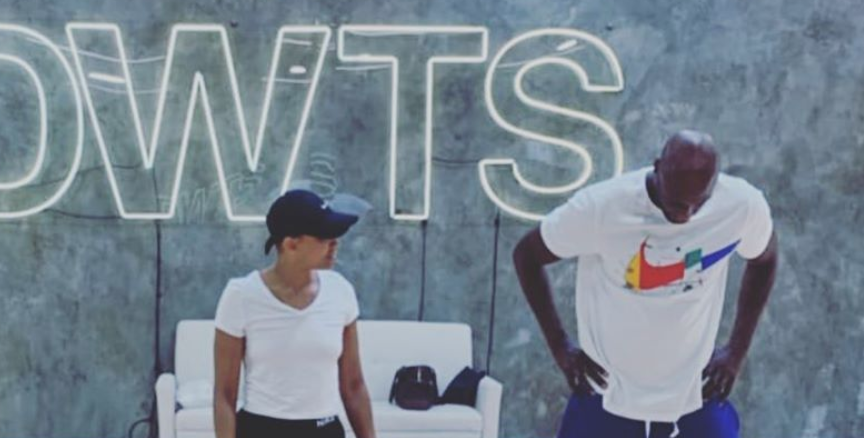 Lamar Odom debuted tonight on Dancing With The Stars, and it went pretty much as to be expected when a 6’10” basketball player tries to dance. Unfortunately for Lamar, this meant a pretty low score. Dancing may not be his calling after all. Probably time to just stick to sports.

Lamar Odom hit the stage tonight for the DWTS premiere with his other dancing co-stars. While overall, the episode wasn’t bad, the same can’t be said for Lamar. He actually earned himself one of the worst scores in show history Yahoo says.

Lamar performed a foxtrot style dance to the song “Feeling Good.” His partner this season is Peta Murgatroyd. The judges didn’t let Lamar slide by with his bad performance. They let him know just what they thought and gave him scores to match. Overall, he scored a whopping 11/30. In school terms, that would be a 37%…something most people would dread to get on a test. Especially a test that happens on television for the whole world to see.

Len Goodman and Bruno Tonioli both gave Lamar a mild score of 3 while Carrie Ann Inaba gave Lamar a 5 along with some words of encouragement on his potential…even if no one else could see it.

What was Lamar expecting?

It seems like maybe Lamar wasn’t expecting to do THAT terribly during the first DWTS show of the season.

“I’m just gonna go out there and do my best,” Lamar said. “Hopefully God will guide me and I can do my routine.”

According to Yahoo, just on Friday night during rehearsal, he said that he was nervous,  but not nervous enough to ask Kim and Robert Kardashian for help because “they both lost.”

Well, Lamar, it looks like you may be joining your former in-laws.

Despite all the hype that Lamar has created about his time on the show on his Instagram, his performance tonight just wasn’t up to par. Even just this morning he posted a photo of himself with a giant mirror ball posing in a promotion for the show. We can only hope the rest of the season goes much better.

What were some of your favorite acts from tonight? Did you agree with the judges on Lamar’s performance, or did you like it? Let us know in the comments and be sure to come back to TV Shows Ace for news on all your favorite shows including The Bachelor, Big Brother, DWTS and more!