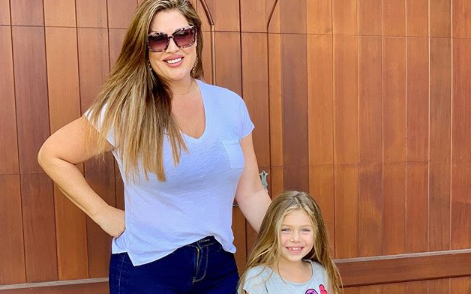 It’s no secret RHOC star Emily Simpson has been having marital struggles with her husband Shane. He reportedly left the house for days to study for the bar exam and didn’t talk to her. It made the reality star feel like they didn’t know how to communicate. When she suggested therapy Shane didn’t want to hear about it.

Now according to Radar Online, there’s something in Shane’s past that’s coming out and it could rock the marriage even more. Emily Simpson and Shane share three children and have been married for ten years. He was married before.

What Dark Secret Is Emily Simpson Finding Out About Shane?

It’s not clear if Emily Simpson knows everything that went down when Shane divorced his first wife, Miriam. Radar obtained court records that show Shane Simpson was accused of emotional, physical, and sexual abuse of his ex-wife. The divorce took place in 2008 a year before Emily and Shane were married.

Miriam stated in the papers that not only was he abusive to her, but he was addicted to prescription medication. She said the stress of the whole situation made her very sick.

Emily Simpson’s husband is denying any claim he ever abused Miriam. In the documents he said, she took their children to Utah without letting him know. He stated she went for Thanksgiving weekend and never came back.

He said she filed for dissolution of the marriage and wouldn’t allow him to see the kids. For a month he didn’t know where his children were in Utah. After months they finally settled in court and Shane was to pay $6000 in child support. An insider said the issue was squashed and they have fifty-fifty custody of the kids.

Cheers 🥂🥂to all the strong mamas out there busting your butt every day to give your kids the best life ever. Cheers to all the strong women out there getting an education so that you can be empowered and always take care of yourself. Cheers to anyone getting in shape for a healthier version of you! Keep going and don’t quit! And Cheers 🥂 to a new episode of #rhoc 🍊 tonight on @bravotv .. WHO will be watching?! TAG your #rhoc watching pals 👯

Fans Are Supportive Of The Reality Mom And On Her Side

With the whole legal battle behind him, it wouldn’t be coming out now if he wasn’t having such trouble in his marriage. Shane is not having the best time since it’s been confirmed he failed the bar exam.

Emily Simpson posted a photo of her last week on Instagram that was empowering and fans were feeling it. One said, “you deserve someone to cherish you like the beautiful queen boss you are!” Another seemingly supported both Emily and Shane saying, “it’s sad everyone is so judgmental and gives you unsolicited marriage advice. Any viewer can see Shane likes to be sarcastic and that’s real.”