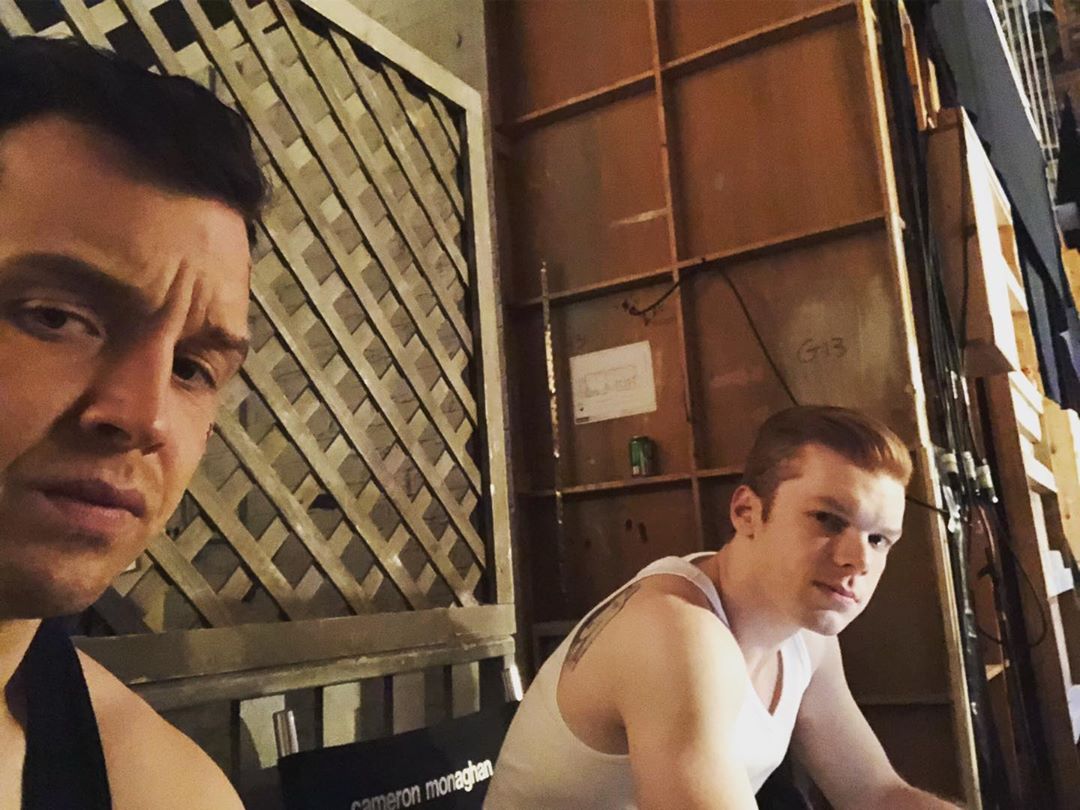 The Shameless Season 10 official trailer is here. With it came a bit of unfortunate news. As TV Shows Ace has recently reported, the Season 10 premiere has been pushed back to November 10th.

For those who have had the pleasure of watching the trailer, the delayed release date wasn’t the only bad news.

Gallavich is on the rocks as they remain in close quarters.

Perhaps what most fans are looking forward to more than anything else about Season 10 of Shameless is the revival of Gallavich. Both Cameron Monaghan and Noel Fisher are slated to return. With their return comes the revival of the beloved Gallavich.

Unfortunately, as one might assume, maintaining a relationship behind bars isn’t easy. Monaghan’s character Ian is currently behind bars for his stint as “Gay Jesus.” Fisher’s character Mickey is behind bars for “rolling on the cartel,” as he revealed during the Season 9 mid-season finale.

Both trailer teasers and snaps from the cast members shared on Instagram suggest the duo will spend at least some of the Season 10 behind bars.

The trailer featured a very brief frame that didn’t go into a lot of detail. It featured Mickey asking for clarity on what Ian meant. What he meant when he said they needed a “break.”

Could this spell trouble for the fan favorite couple of the Showtime hit series? Are they going to break-up?

It was about four weeks ago that Noel and Cameron sat down with Entertainment Weekly for an exclusive first look at what was to come for Season 10.

Little #Gallavich reading to kick off your weekend over at @entertainmentweekly. #Shameless

Cameron agreed to return to Shameless because of Noel’s return. Monaghan believed Ian and Mickey still had a lot of story left to tell. He wanted to continue to explore their “almost Shakespearean” relationship was concerned.

“We’ve never really had these characters just together in a somewhat stable environment for very long, so that’s been fun to explore,” Cameron revealed.

Mickey and Ian breaking-up during Season 10 is highly unlikely.

It seems unlikely that Monaghan would have returned to the show merely to revive Gallavich only for the relationship to end.

The Battle of the Gallaghers begins November 10. 💥 Only on #Showtime. Link in bio to watch the full trailer!

Both Monaghan and Fisher opened up to the outlet about how reviving their relationship behind bars wasn’t the healthiest way to kick things off.

“It turns out that living in cramped quarters without much break from one another is not necessarily all that conducive to a healthy relationship,” Fisher explained.

Monaghan added: “Like any romantic relationship, you need a healthy level of distance and separation, and that’s something not afforded to them. They’re in a challenging place and trying to work through their issues.”

The duo did not want to discuss how they work through their relationship issues. Monaghan did confirm things get “volatile” and “involves shivs and stabbings.”

Hey you! That's a wrap on my first day back on #Shameless!

The breaking up of Gallavich doesn’t make sense because of how the writers previously ended Ian Gallagher’s story line.

Monaghan formerly announced he was exiting the show during Season 9. The Season 9 mid-season finale was his final episode. For the episode, writers brought Noel Fisher back because they knew it was what fans wanted. One final scene with Mickey and Ian sharing one last sweet kiss.

With writers being fully aware of how much the couple means to fans. It doesn’t make sense for the relationship to come to an end. That, however, doesn’t mean the guys might not struggle to manage their relationship while they are behind bars.