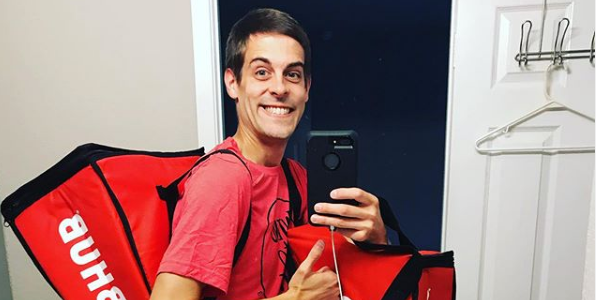 When it comes to Derick Dillard, he’s not been shy about sharing what happened with his career. Two years ago, Derick Dillard was reportedly fired from Counting On by TLC. Shortly after that, his wife, Jill Duggar, left the show on her own. Since then, according to the Cheat Sheet, he’s given different reasons for leaving.

Now, the new reason he left is because of a bogus contract. He tweeted on the fifth that they quit their missionary work. He said, “TLC wouldn’t release us from a bogus contract that we weren’t even aware of.”

A fan tweeted back, “you quit missionary work because of TLC? I’m not following your train of thought.” That same person also suggested that Derick should talk to Jim Bob because he negotiated the contract.

Dillard was quick to reply, “what do you mean you don’t follow? It makes perfect sense considering the fact that it’s why we quit filming – TLC kept trying to keep us from missionary work.” The reason the fan seemed confused is they quit anyway. Jill and Derick Dillard quit doing missionary work since they left the show. It seems this now deleted tweet makes no sense at all.

It wasn’t long after this that he was off the show. TLC released a statement that they would no longer be working with him. Dillard wanted everyone to know, “For the record, I was never fired. I just felt it best for my family to cut ties months ago, as we are heading in a different direction,” tweeted Dillard.

He continued to post things that were controversial, but it seems he just can’t let it go that people think he got fired from Counting On because he keeps bringing it up.

It’s also possible he keeps talking about that to keep people from talking about all his homophobic and close-minded comments and tweets. He has also accused Jazz Jennings’ parents of child abuse for letting her transition.

When someone recently asked him to apologize about what he said about Jennings in 2017, he said, “oh, get over it already,” according to Out. He went on to say any of his comments were directed to TLC and her parents. He said he loved Jazz Jennings.

This brings up questions about why he is still dragging her parents. He also seems to stand by the comments he made. While he deleted this recent bogus contract tweet, he never deleted the original tweets he made about Jazz.