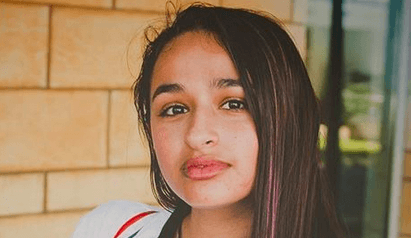 Jazz Jennings, the 18-year-old transgender star of TLC’s I Am Jazz has been accepted into Harvard. She announced the news via social media on Tuesday. She shared a picture of herself in a Harvard sweatshirt and wrote a message to fans to share the exciting moment.

#Harvard2023 — I am so stoked for this next chapter of my life!☺️ Feeling so blessed and grateful right now🙏🏽❤️ Thank you so much to my incredible family for your unconditional love and support; none of this would be possible without all of you. I can't wait for what's to come!💖💕🌟

In the caption, she started with “#Harvard2023”. She continued, saying, “I am so stoked for this next chapter of my life!☺️ Feeling so blessed and grateful right now🙏🏽❤️ Thank you so much to my incredible family for your unconditional love and support; none of this would be possible without all of you. I can’t wait for what’s to come!”

In the comments, fans are ecstatic for Jazz. They seem very happy to hear this news. A little while back, Jazz shared that she was applying for college and shared some of her top schools. Harvard is one of those, so it’s even more exciting that she was able to get in.

Jazz also shared a video announcement, saying, “When I found out I was accepted to Harvard, I was so shocked. Not because I didn’t think I could do it, but because it’s such a selective school with such a small acceptance rate. I was like ‘Who gets into Harvard?’ But I got in!” She couldn’t believe the news, but she is definitely happy that it’s true.

When will TLC’s I Am Jazz be on again?

Fans of I Am Jazz and Jazz Jennings know that the show isn’t currently on. Because of this, we haven’t seen a lot of updates from Jazz and her life. Following her on social media is a good way to get the latest news from the star. This is where she stays in touch with fans, even when the show isn’t on.

In late March, TLC announced that I Am Jazz will be renewed for its sixth season. This announcement came after much speculation about an upcoming season.

It turns out that the previous seasons of the show were very successful and fans kept wanting to watch more. There was a big push for additional seasons. It seems like fans are in luck. The sixth season will premiere on TLC in 2020.

Are you happy for Jazz getting accepted into her dream school? Were you expecting this news? Let us know in the comments section below!

For more updates about your favorite reality TV shows and stars, don’t miss the news from TV Shows Ace!