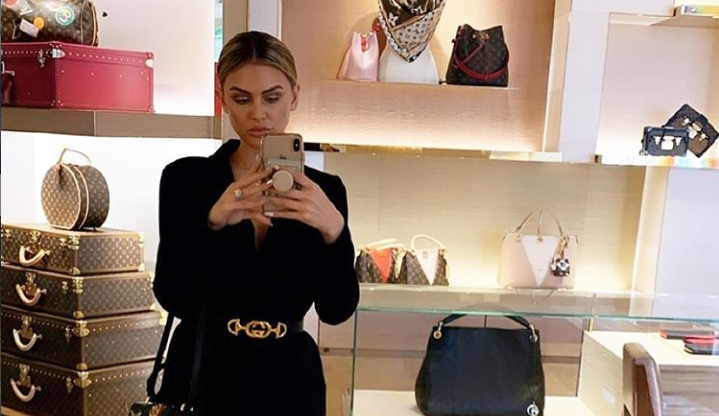 Leave it to Andy Cohen to get all the nitty gritty details of Lala Kent and Randall Emmett’s nuptials. According to Cheat Sheet he did just that on the latest episode of Watch What Happens Live with Andy Cohen. The Vanderpump Rules star put herself in the hot seat and gladly answered the questions. Reality weddings always bring a healthy dose of drama and speculation. Brittany Cartwright and Jax’s wedding, for example, dissed Kristen Doute by not making her a bridesmaid and outed Katie and Tom for not being married.

Andy played a fun game with Lala Kent called Wedding Tells to make it fun to answer the questions. First he confirms the date April 18, 2020 and then he asks her to spill why she chose Miami for the location. She said, “we switched it to Newport Beach.” Andy is surprised he didn’t know that. Lala said the reason was, “the weather in Miami was too volatile and her dad loved Newport so it sat well with her.”

What Else Did Lala Kent Reveal About Her Wedding To Andy Cohen?

Andy asked Lala Kent if she wanted her wedding to be shared on the show. She said, “I like to hold things close to my heart. But I’m not going to cancel anything out. Whatever happens, happens.” She said Jax and Brittany enjoyed sharing their special day with their fans and that was the right choice for them. Lance Bass had to come in last minute to officiant the wedding when Brittany and Jax had to fire their first choice. Lisa Vanderpump officiated Katie and Tom’s wedding so, of course, Andy asked if Lala wanted LVP to do the honor for her.

Lala was quick to respond, “I’m supposed to be the star of that day!” No!” Now is when the conversation turns to a more serious topic, the bridal party. Andy says who is in yours and Lala was fast to say, “Katie, Brittany, and Stassi.”

Of course, Andy wouldn’t let that go by without a comment. He said, “oh, can I be there when Kristen finds out she’s not a bridesmaid?” Lala laughed in response and told him he could. When asked if James Kennedy and Raquel Leviss will be invited, she said they would be. She said they’re on great terms right now. When asked about a prenup, Kent simply replied, “always.”

There’s no doubt Lala Kent and Randall Emmett will have an affiar to remember when they tie the knot in April. Fans will just have to wait to see if it shows up on Vanderpump Rules.