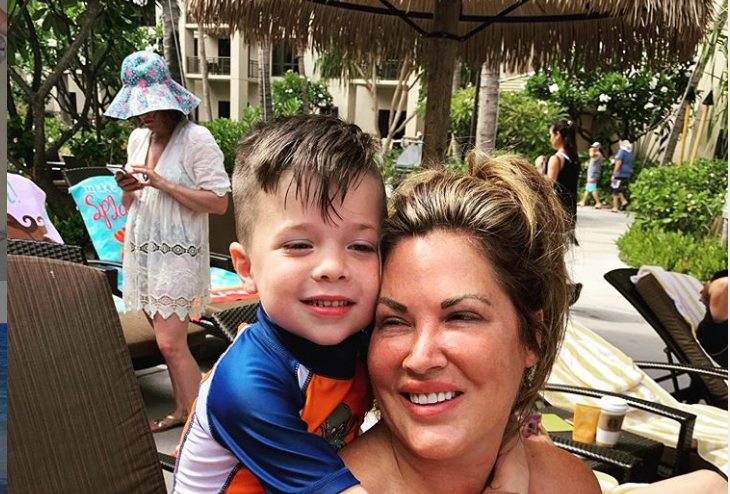 During the last episode of Real Housewives of Orange County, Emily Simpson had a talk with her husband, Shane Simpson. She told him, “I get tired of being the butt of all your jokes sometimes.” The two have been together for a decade and lately they’ve been having trouble in their marriage. This is not something Emily has wanted to share with her cast mates, because she doesn’t trust them. According to People, she continued saying, “I feel very upset and resentful towards you. And I know you feel upset and resentful towards me.”

What Did Emily Simpson And Her Husband Get Off Their Chests?

Emily Simpson and her husband share three children together Annabelle who is six, and twin sons Luke and Keller who are four. Shane recently moved out to study for the bar exam and didn’t talk to Emily for ten days. When he returned he still kept his distance and she wanted his attention. They continued to fight with Emily saying he didn’t talk to her and she didn’t want to bother him while he was going to take the test.

He told the cameras she was overreacting and he’s not as sarcastic as she says he is. She said they weren’t good at communicating. Emily suggested they seek therapy in order to communicate with each other better. The argument ended with Emily saying, “tell me you love me.” Shane replied, “I love me.”

Why Didn’t The Reality Star Represent Gina During Her DUI Trail?

As for why she didn’t represent Gina she was happy to set the record straight. In a recent episode, there was a warrant out for RHOC star Gina Kirchenheiter when she missed her court date. Shannon and Tamra instantly asked why Emily Simpson wasn’t representing her in court according to Reality Blurb.

Emily Simpson said, “That was the stupidest conversation I’ve ever seen. Does Tamra wanna go to a podiatrist and get her boobs done again? I practice copyright law. I should never represent Gina in a criminal matter, at all. I’m her friend and I will support her as a friend, but a copyright attorney should not represent someone in criminal court.” That makes sense to most people. If one of the housewives ever have their brand copied or something they’ve written plagiarized then Emily Simpson will be the girl they need.