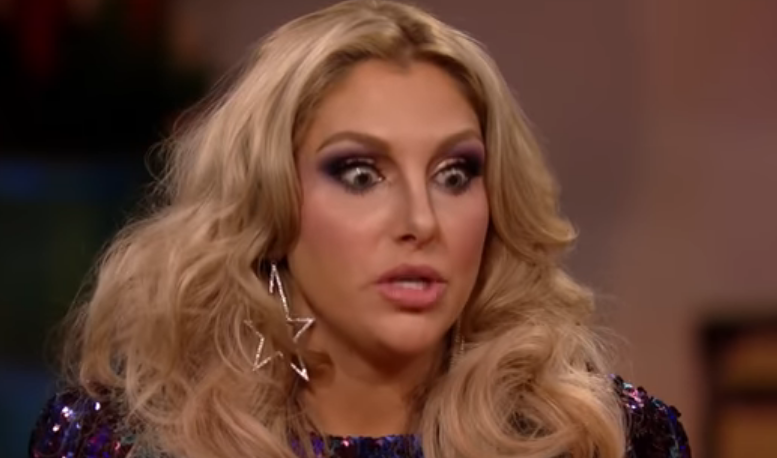 RHOC star Gina Kirchenheiter hasn’t had the best year so far. It isn’t going to get any easier with OK Magazine reporting she’s now worried about money.

After her ex-husband’s arrest, he lost his finance job. Matt had been successful in business since he graduated from college. Now his arrest is causing all kinds of issues. The domestic violence charge stemmed from an altercation between Gina Kirchenheiter and Matt. It ended up causing him to lose his job. Because of this, they are hurting for money now.

Why Is Gina Kirchenheiter Worried About Money Because Of Matt’s Arrest?

The RHOC star is concerned because without his job, Matt won’t be able to help her with the children. The couple has three smaller kids. She is worried she’ll have to move back to New York and will lose her spot on RHOC. Gina Kirchenheiter can’t support herself and the kids on her reality show income. Someone close to her said, “this is not what she wanted when she got the restraining order.”

Gina Kirchenheiter’s husband hasn’t been on the show according to Bravo TV, and this always put a little mystery behind him.

The altercation which People reported on in June, allegedly got violent. Gina said her husband hit her and tried to choke her. She got away and ran outside but he allegedly drug her across the pavement into the house. He told her he was going to kill her. This led her to get the restraining order. It seemed even after all that she still tried to reconcile eventually accepting it wouldn’t work. She said, “Matt needs professional help.”

An article on Radar Online states a source close to Gina said, “she thinks Matt already got what he deserved, his life destroyed.” The case is being reviewed by the district attorney and if charges are brought against him, Kirschenheiter could spend time in jail. The thing is she could end up ruining her own life in the process.

Gina did tell her children that they won’t be getting back together. The new season of RHOC will show more about their relationship and you don’t want to miss that when it airs on Bravo.