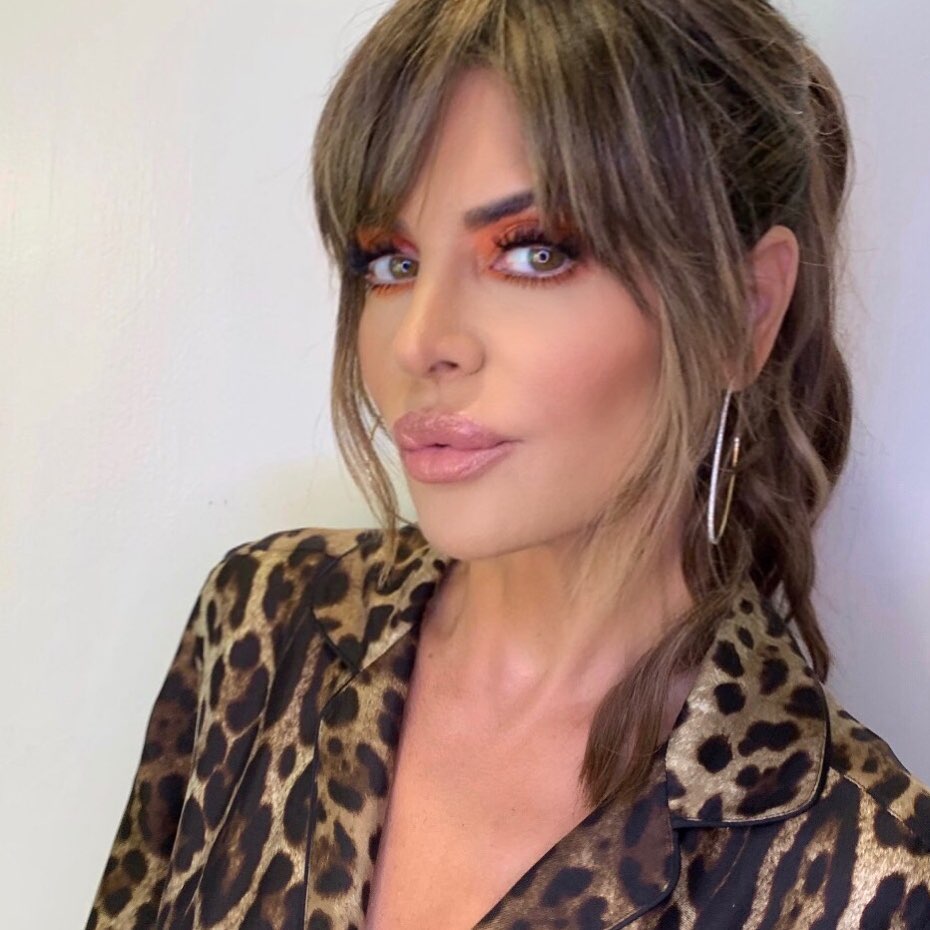 Lisa Rinna recently posted a short video clip of herself dancing in a bathing suit to her Instagram. Once again, Rinna’s followers were quick to go on the attack and criticize her post.

The RHOBH cast member caught the attention of her 2.1 million Instagram followers when she posted a video of herself doing some very cringe-worthy vintage dance moves in the mirror.

It seems as though Rinna was ‘feeling herself’ that day. Based on her caption and jazzed-up demeanor she was clearly excited about her upcoming runway walk. Lisa and several other RHOBH cast members were scheduled to model for a Fashion Week runway show featuring the designs of castmate Kyle Richards.

Getting My Runway on with a little @llcoolj this Sunday Morning #Nyfw 🕺🏻🌈💫😍 And yes I am walking in a show!!!!! 🙊 OMG

The 56-year-old reality star wore a one-piece black swimsuit. Oblivious to her surroundings, she danced like a 90’s inspired aerobics teacher in front of a full-length mirror. Rinna wore a very ‘Baywatch‘ inspired suit that featured a super high cut, revealing that the middle age mom still manages to get a bikini wax now and again.

Sporting a post-pool hair do’ the long-legged Rinna timed a series of cringe-worthy 80’s dance moves to LL Cool J’s ‘Around the Way Girl’.

Lisa Rinna’s followers weren’t quick to throw adoring and supportive comments at her peppy upbeat video. Many felt that Rinna should be working on complicated family issues instead of posting cringy dance vids on Instagram. Viewers were very candid about their thoughts in the comment section.

“Omg! Please don’t dance anymore…..my eyes hurt and can’t unsee this now….you dance like Elaine from Seinfeld. You think you are doing it for the haters….you are one bored and desperate human.” commented one viewer

“Please take care of your daughter that has an eating disorder and not focus on the haters with your embarrassing and uncoordinated dance. Get your priorities in check mama.” said another blunt fan.

Other readers were quick to point out that they think that she is posting things like this for attention.

User @colletteaddy commented, “Grow up your a mother fgs.”

You must be really empty inside if you need all this attention with you r stupid dancing.” Wrote user @lennymarchetti

Is this becoming a pattern for Lisa?

This is not the first time that the public has had some not-so-nice things to say about Lisa Rinna’s videos. She also recently caught some backlash for a similar video where she was seen dancing around in a bikini and cowboy hat while she listened to a Billie Eilish song. Unfortunately for Rinna, her attention-seeking social media behavior has caused her fans to go on the attack.

In an effort to ‘troll’ the internet trolls, Rinna re-posted the video again, telling fans that she will not let the haters win. According to Fox News, The re-post caught the attention of several celeb friends including Daisy Fuentes and Kelly Rippa who were quick to comment and give their support.

What are your thoughts? Should Lisa Rinna tone it down a bit or should people let her be to live her best life? Tell us in the comments — and be sure to check out more RHOBH news right here on Tv Shows Ace.